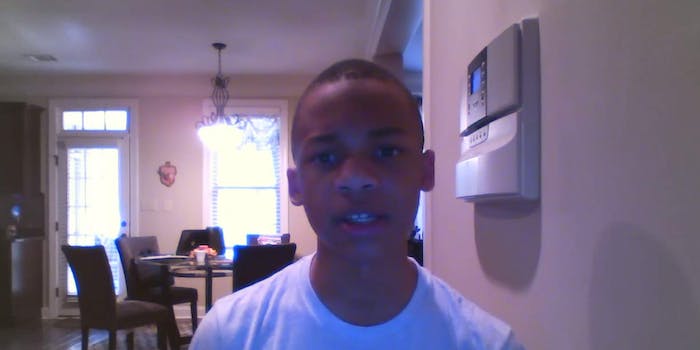 'He's a Muslim kid, he fits into your agenda.'

On Thursday Pearson tore into President Obama for inviting fellow middle-schooler Ahmed Mohamed to the White House. Mohamed was suspended this week for bringing a homemade clock to school that was feared to be a bomb.

In short, Pearson criticized Obama for prioritizing Mohamed over what he sees as more-pressing national concerns, most notably showing a lack of public concern over an alleged “war on cops.”

“What is this world that you’re living in?” Pearson asked. “Mr. President, what are your priorities here? …He’s a Muslim kid, he fits into your agenda.”

He continued: “I think you’re incompetent and I think you don’t understand reality… You don’t get invited to the White House for building a clock.”

Pearson goes on to pin the murder of police officers on Obama because of his perceived sympathy toward the #BlackLivesMatter protest movement.