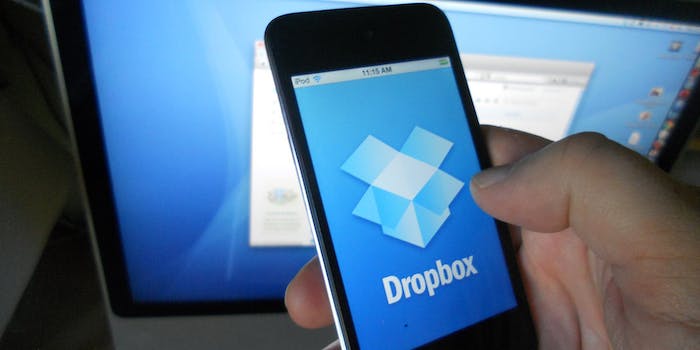 Dropbox opposes CISA as debate over the cybersecurity bill heats up

Dropbox on Tuesday became the latest company to oppose a major cybersecurity bill over concerns about its privacy protections.

The cloud storage company told the Washington Post that it opposed the Cybersecurity Information Sharing Act (CISA), which the Senate is considering this week, because the privacy measures were not strong enough.

“While it’s important for the public and private sector to share relevant data about emerging threats,” Amber Cottle, Dropbox’s head of global public policy and government affairs, told the Post, “that type of collaboration should not come at the expense of users’ privacy.”

CISA would let businesses share data about cyber threats with the government, but its provision requiring businesses to strip customers’ personal information from that data has been the target of intense criticism from privacy groups. A coalition of civil-liberties groups says that CISA amounts to “cyber surveillance.”

Although major business groups like the U.S. Chamber of Commerce support CISA, many tech companies oppose it. The Computer and Communications Industry Association, which represents many of the biggest Silicon Valley firms including Google and Facebook, opposes the bill, as does Apple, which told the Daily Dot that it could not support the bill in its current form.

Twitter, Wikipedia, and Yelp have also recently announced their opposition.

The Senate is expected to begin voting on CISA on Thursday. Sen. Ron Wyden (D-Ore.) has proposed an amendment that would strengthen the privacy provision, but it is unclear whether that amendment will attract sufficient votes.