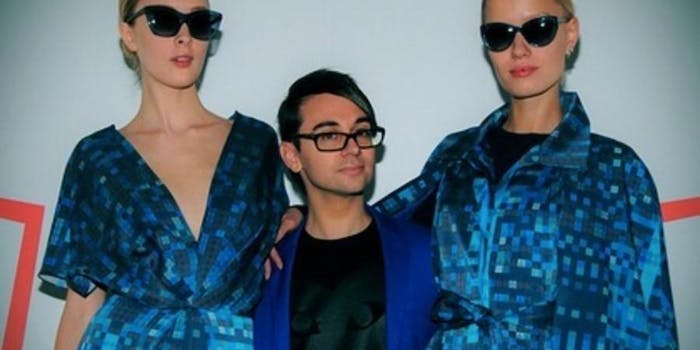 Would you wear this dress made of Twitter trending topics?

Surely there's a wearables pun to be made here.

There’s a dress that displays tweets in LEDs. There’s a dress that turns transparent when you tweet. Now, thanks to Project Runway alum and designer Christian Siriano, we have a dress that’s made out of tweets: The #socialimprint dress, which he debuted in collaboration with Verizon earlier this month. 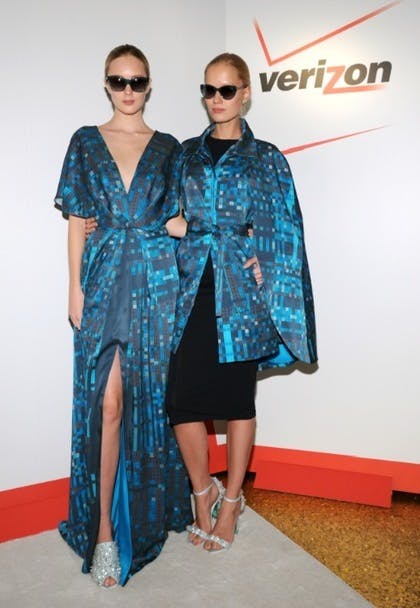 
As part of the #socialimprint project at Fashion Rocks, a charity fundraiser held earlier this month, the designer tracked hashtags related to music and fashion that were tweeted during New York Fashion Week. He then paired together the top eight trending topics in music and the top eight trending topics in fashion, translating them into various patterns that were stitched onto the silk charmeuse garment in real time.

So for instance, Nicki Minaj, who performed at the Fashion Rocks event, was the most-tweeted keyword in the “hip-hop/rap female” category, which is symbolized by the sequence of green bars in the dress. Justin Bieber’s appearance, in which he stripped down to his underwear, was also a trending topic, so Siriano stitched a stripe in each pixelated square to denote when “underwear” trended.

Here’s a more detailed breakdown of the colors and patterns in the dress, and which trending topics they represent, via Verizon Wireless:

The dress and an accompanying cape are being put up for auction on Charity Buzz, with the proceeds going to the non-profit organization Dress for Success. Bidding ends Oct. 7.