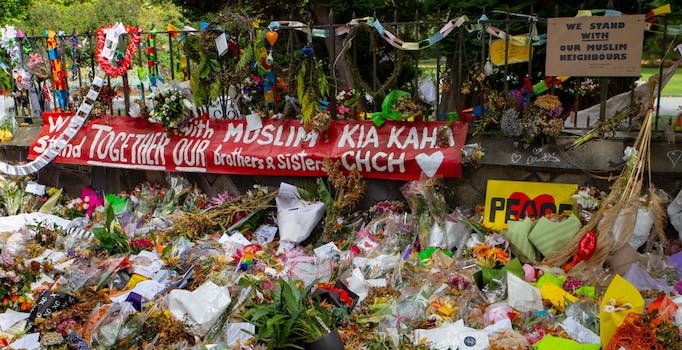 He gave money to a woman who helped push the 'Great Replacement' theory.

The gunman responsible for the 2019 Christchurch massacre donated to far-right figures and organizations, according to a report released on Monday.

The detailed report covers the terrorist’s history, including that he was radicalized primarily on YouTube. It delved into the gunman’s past and found he donated to several members of the far-right from 2017 to 2018. Some donations include Stefan Molyneux’s Freedomain Radio, the National Policy Institute, and more.

The terrorist gave over $4,000 via PayPal and even more on Bitcoin.

“While living in New Zealand, the individual made at least another 14 donations to far right, anti-immigration groups and individuals,” the report states.

Donations went to far-right causes across the world including Canada, the U.S., France, Austria, Australia, and Germany.

“… As the full report makes clear, the Christchurch shooter was a YouTube radical. He watched tons and tons of far-right videos. He sent money to Stefan Molyneux and Richard Spencer. He donated to Lauren Southern’s media company,” Roose tweeted.

Osman Faruqi, a columnist for NME, also noted how one recipient was responsible for the “Great Replacement” video. Lauren Southern, an alt-right YouTube personality based in Canada, popularized the Islamophobic theory that alleges immigrants primarily from the Middle East and Africa are replacing the white-European “elites” in society.

The alt-right is a loose collection of conservatives that harbor white supremacists.

“Yes, the Christchurch shooter financially supported Lauren Southern, whose Great Replacement video helped propel the theory (embraced by the shooter) into the mainstream. Now rehabilitated into a Sky News panelist. Congrats to all who work there and pal around with them,” Faruqi wrote.

“It’s a small amount to give in relation to the large amount of work you do. I only wish I could give more. I’m sure you already know, but I just wanted to tell you personally you have support from people all over the globe and there are millions that are relying on you and trust you to fight
for their values,” the gunman wrote to Sellner.

Sellner responded by inviting him to grab a beer in Austria.

In addition, Richard Spencer and Australian Blair Cottrell are other neo-Nazis that received funds from the gunman.

The listed figures and organizations likely do not encompass all of the far-right outlets that donations were sent.

“During our interview with him, the individual indicated he had donated to more organizations than those we have listed. It is distinctly possible therefore that he made donations of which we are not aware,” the report reads.