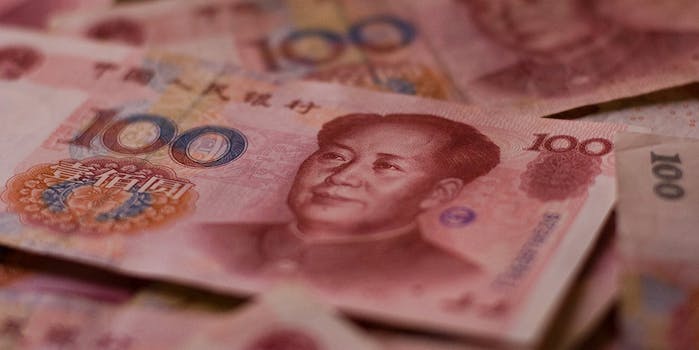 A quirky holiday has been transformed into a bargain bonanza.

Here in the U.S., single people drown their sorrows on Feb. 14, even as happy couples celebrate their love. In China, meanwhile, the lonelyhearts have their own unofficial holiday: “Singles’ Day,” also known as “Bachelors’ Day,” falls on Nov.11, chosen for the repetition of “1,” the loneliest number, in the date 11/11.

As with the first Monday after Thanksgiving in the U.S., retailers in China saw a grand opportunity to influence consumer behavior and spark a stampede of spending. Alibaba, the country’s largest e-commerce company, has been targeting the singles demographic with 11/11 deals and discounts for five years now, the New York Times reported. Yesterday, it broke its one-day sales record by 80 percent, processing $5.75 billion in payments, drawing 402 million unique visitors, and preparing to ship 152 million packages (including 1.6 million bras and 2 million pairs of underpants).

Online shopping is seeing an overall boom in China, as it gives people in rural areas access to products they might not otherwise encounter. Global consulting firm Bain estimated that the national habit will grow 32 percent annually over the next few years. China is already on pace to unseat the United States for total Internet purchases in 2013, expected to boast $290 billion spent to the U.S.’s $260 billion. No wonder companies like Nike and Samsung have climbed aboard the Singles’ Day bandwagon, offering eye-popping bargains: The date now represents the most lucrative sales window in the most ascendant market on the planet.