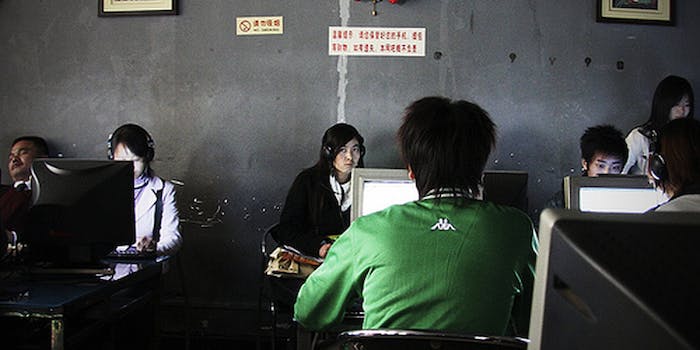 China's largest social network is making money and gaining new members. But will it survive censorship?

The service, which many refer to as China’s Twitter, has surpassed 250 million users, the company’s CEO announced in a conference call last night. Twitter, in contrast, has about 225 million users; Facebook, the world’s largest social network, boasts more than 800 million.

Those numbers are just part of a pretty impressive third quarter report: Sina, Weibo’s parent company, announced ad revenue had increased 25 percent to $101 million, and total revenue was up 20 percent to $130 million.

It wasn’t all rosy for Sina, however: the company also announced more than $330 million in losses, due mostly to what it blamed on bad investments in real estate and retail companies.

The revenue figures topped Wall Street estimates for the publicly traded company (Nasdaq: SINA), and provide yet more evidence that Chinese people and advertisers are flocking to the social network in droves. Yet the announcement also comes just weeks after the Chinese government hinted at greater censorship and monitoring of the country’s social media services.

Will Weibo’s growth continue under the threat of increased censorship?

It’s a tricky problem. Weibos (which literally means “micro blogs”) have already has shown significant power to drive news stories within China, and is probably the most powerful form of news media outside of official government channels. Like any form of speech, it holds a certain level of danger for authoritarian regime.

Still, as prominent Chinese tech blogger Keso observed months ago, social media is likely more useful to the Chinese government than harmful: “People need an outlet for their views and emotions, and a visible one is safer than an invisible one” (translation by Digicha).

China media blogger Bill Bishop wrote last month that new government restrictions are likely to cut into the vitality of China’s social media sites and increase their costs.  “However,” he added. “I would be shocked if Weibos were neutered to such an extent that they are no longer viable products.”

Can “neutered” Weibos still have a big effect on Chinese society? Most likely yes. As the Li Yang domestic abuse scandal showed, the networks can still be a force for positive—if apolitical—change.