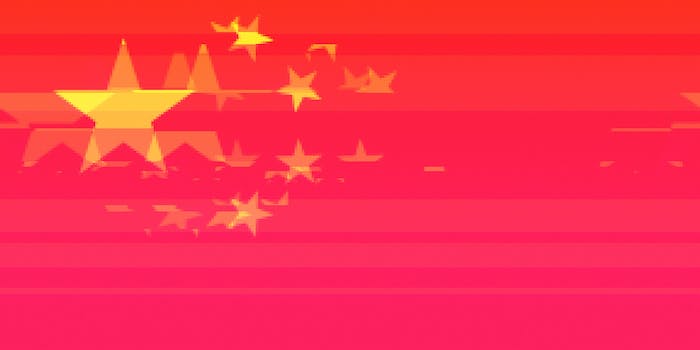 Rep. Ted Lieu, a leading tech-focused lawmaker, said he was impressed by China's commitment to the issue.

The Chinese government’s theft of American companies’ trade secrets may have finally come to an end.

As U.S. officials anxiously wait to see whether China will honor the cybercrime agreement that the two nations struck in September, one lawmaker who recently traveled to the country says he’s encouraged by what he heard from Chinese officials.

Rep. Ted Lieu (D-Calif.) was one of six lawmakers who accompanied House Minority Leader Nancy Pelosi (D-Calif.) on a multi-city trip to China, where they discussed economic, environmental, human rights, and security matters.

Despite praise for the cybercrime deal from some experts, there is also concern that Chinese President Xi Jinping will either prove unwilling or unable to stop his sprawling bureaucracy from stealing trade secrets and conducting acts of economic sabotage. Lieu, who met with officials including Chinese Premier Li Keqiang, came away from the trip convinced that China was as eager as the United States to avoid politically and economically damaging intellectual-property theft.

Can you tell me the basics of the cyber component of this trip. Who did you meet with, where did it take place, etc.?

Rep. Ted Lieu: Sure. We went to Hong Kong, Tibet, and Beijing, and everywhere we went, we raised the issue of cybersecurity. It is an important issue to both the United States and China. We commended China for negotiating the landmark agreement with the U.S., where both countries agree to not steal or knowingly allow the theft of intellectual property and other trade secrets of our businesses. Both countries also agreed to help each other investigate cyber crimes.

As China gets more and more developed every passing day, they themselves develop their own intellectual property and trade secrets, and they don’t want their businesses losing those secrets to the United States or other countries. China understands it’s a no-win proposition for … countries to go down a path where we’re trying to steal each other’s intellectual property. That’s why I believe China will enforce their end of the bargain on this agreement, because they know the consequences are going to be worse for them if they do not uphold it.

Did you get the sense that the people you met had particular concerns about our cyber partnership? Did did they ask you to convey anything to the president or the rest of Congress?

Not on cybersecurity. I think issues related to [the] Dalai Lama, they did have some significant pushback. But on cybersecurity, my view is they understood the issues. They did not have any pushback when we raised the issues. And, related to this, I also raised a separate but related issue of access in the cyber domain for U.S. companies in China. Right now, there is an unfairness where, in the United States, we don’t ban or block Chinese companies from selling things to our consumers over the Internet or having applications on the Internet for consumers, but in China, they do ban certain technology companies, such as Facebook and Google and others. I raised the issue that that was not only anticompetitive but it was hurting Chinese consumers, and my hope is that they would stop doing that.

A couple weeks ago, they did start [to] return some more services back to Google. [I] did not get significant pushback [on that issue] either, so I’m hopeful that, at some point in the future, they will start to allow more U.S. companies full access to their consumers.

Did anything surprise you about what you learned in China?

These were very productive meetings … so, for example, one of our meetings was with the Premier, the number two person in China. Not only was he very well-informed, his staff was very well-informed, and [in] all these meetings, they were not trying to brush us off or not answer our questions. They actually tried to answer our questions and, in many cases, give us their point of view. It was a very productive back-and-forth exchange of views. I thought the trip built upon the successful trip of President Xi Jinping earlier this year to the United States.

“You’ve got President Xi Jinping’s words and reputation on the line on this agreement. If there’s a violation, it will go straight up to him, because he’s the one that authorized the agreement and agreed to it.”

What you have is … what I perceive in China is both a developing country and a developed country. Some places are clearly still developing, but some places, like Beijing, they’re very technologically sophisticated. They have a lot of industry and technology—and a lot of their own intellectual property and trade secrets that they themselves want to protect.

So you have the two leading economies in the world building close relationships economically, and I think that’s a good thing.

What did this trip tell you about how the Chinese see their cyber operations, internally and externally?

I think it’s important to highlight that the agreement between the United States and China deals with commercial businesses. It does not address cyberwarfare against our respective defense assets. There’s nothing in this agreement that would prohibit China from launching cyberattacks, for example, against the Office of Personnel Management again. Conversely, there’s nothing in this agreement that says the United States couldn’t try to do things to Chinese governmental agencies.

This deal was very focused on the two leading economies in the world not stealing intellectual property from businesses and each other’s countries.

What we need to do is, in the United States, massively increase our cybersecurity defenses for our federal and other governmental agencies, and make sure that they’re protected from cyberwarfare—not just from China, but from other countries such as Russia and hackers across the world.

Was there anything in your discussion that gave you a sense of their broader cyber capabilities?

No, I would be speculating on that point.

There’s been a lot of talk about whether the Chinese will live up to their end of the cybersecurity deal that was announced in September. What do you think?

As they say, you know, predicting the future is hard, especially when it’s about the future. But I think there are two factors that are helpful. One is, this agreement was negotiated at a very high level. Both President Obama and President Xi Jinping talked about it. You’ve got President Xi Jinping’s words and reputation on the line on this agreement. If there’s a violation, it will go straight up to him, because he’s the one that authorized the agreement and agreed to it. Secondly, China’s very well aware that the United States is also a very sophisticated country with very sophisticated cyber tools, and they know full well what the United States could do if the United States chose to retaliate. There are consequences if this agreement is not upheld.

Actually, there is one more factor, which is … it is true they are a large country, it’s hard to control all the moving parts. But keep in mind, they’re also a very authoritarian country with one-party rule, the Communist Party, and oftentimes they have a lot more control over their governmental people than a democratic country would have.

If you have the leadership on down saying, ‘We agree to this agreement,’ my hope is that it will be followed because they have the ability to make their people follow it.

Are there things that the United States could do, either through Congress or executive action, to make our cyber partnership smoother?

I’m hopeful that, because the agreement says both countries will cooperate with each other on cybercrimes, that you have our various agencies interacting with Chinese agencies on cyber issues.

All that is helpful to helping China see that cooperating with the U.S. is advantageous to both sides. A lot of what’s going to happen is, do our various agencies, when they’re interacting with the Chinese agencies on the cyber issue, are they able to get the results that they [need to] get, and are their people actually following what this agreement is?

It’s a relatively new agreement, so we’ll know in a few months or maybe a couple years how they’re upholding their end of the bargain. But based on the fact[s] that I outlined … I’m optimistic.

So there’s nothing you would say to President Obama about things the U.S. should do to build trust and present the best face for this agreement?

Oh, I agree it’s important that our foreign service and federal agencies hold the Chinese government’s feet to the fire, [to ensure] that they follow this agreement. It is still early, so we won’t know for a while how it’s going to be executed. But I am optimistic at this point.

“I’m optimistic that the Chinese government is not likely to intentionally target American businesses and steal intellectual property. But that doesn’t mean that criminal hackers couldn’t do that.”

How does cyberspace affect the relationship between mainland China and Hong Kong? Is there a cyber component to any of the tensions there?

What should the American people know about the Chinese perspective on cyber issues that you think they don’t know?

That I’m optimistic that the Chinese government is not likely to intentionally target American businesses and steal intellectual property. But that doesn’t mean that criminal hackers couldn’t do that, whether they’re based in China or based on Russia or based in another country. There’s no reason at all for any U.S. business to let their guard down just because the Chinese government might not be doing this anymore. There are still going to be multiple cyberattacks from all over the world—including within China [but] not [from] part of their government.

It’s a step in the right direction, but people still have to massively increase cyber defenses both in the commercial space and the public sector.