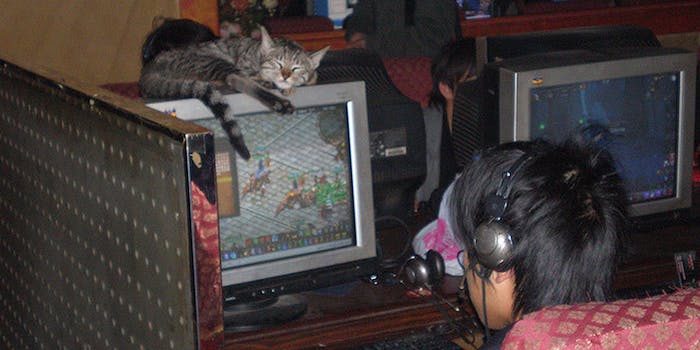 Chinese-American blogger arrested, forced to condemn the evils of the Internet

“It gratified my vanity greatly,” Xue said during the 10-minute report. “I got used to my influence online and the power of my personal opinions . . . and I forgot who I am.”

Chinese-American businessman and blogger Charles Xue was arrested in Beijing three weeks ago for allegedly hiring a prostitute, which many believe to be a trumped up charge. On Sunday, Xue was forced to appear on Chinese television to express his regret and guilt, in a scenario reminiscent of Mao-era counter-revolutionary tribunals.

Xue is a prominent venture capitalist and a liberal blogger with 12 million followers on his Sina Weibo microblogging account.

“It gratified my vanity greatly,” Xue said during the 10-minute report. “I got used to my influence online and the power of my personal opinions .?.?. and I forgot who I am.”

“At first I was careful, and didn’t write many posts,” Xue went on to say, “but later I posted more than 80 every day… In the beginning I verified every post, but later on I no longer did that… All of the sudden you draw so much attention. How do you describe the feeling? Gorgeous.”

China has always topped the list of the global enemies of online free speech, but lately they have stepped up their game. The government has instituted a “law” penalizing “rumor” mongering online, though it’s conveniently unclear where the line between rumors and unwanted truths begins. Take, for instance, a 16-year-old boy who was recently detained under the law, after his post on cops beating up members of a family of distraught mourners saw 500 retweets.

The Washington Post noted that Xue’s “confession” seemed to contain oblique references to illicit drug use, a capital crime in China.

Xue praised the anti-rumor laws and claimed he was guilty of posting statements not backed up with facts, that his arrogance made him feel like the “emperor of the Internet” and, perhaps most important of all, more powerful than members of the ruling Politburo and the regional party members who run the country.

His comments on Chinese television stood at 180 degrees from all of his previously published statements.

Xue’s television appearance is just the latest in a recent series of “show trials,” according to The Post, in which those who have been arrested for high-profile crimes appear on television, forced “to confess publicly to alleged crimes prior to trial or conviction.”

“If there is no moral standard or cost for slander,” Xue said. “You can’t manage the Internet.”