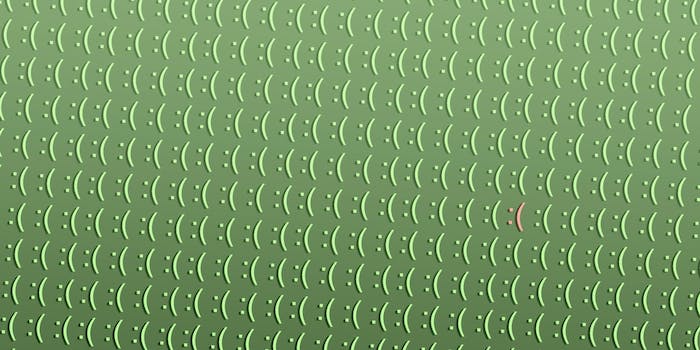 This is why you *always* check your domain names before you announce your candidacy.

Naturally, someone else grabbed the domain—someone who appears to have an axe to grind—and he or she is going to make Fiorina pay for her lack of foresight.

Visit the site right now and you’ll see not one, not a hundred, but a whopping 30,000 frowny-face emoticons—one for each person who, by Fiorina’s own admission, was laid off at Hewlett-Packard during her controversial tenure.

And that’s just the main page. As the Washington Post‘s Philip Bump noted on Twitter, the site includes two hidden references to a “demon sheep,” one in the site’s source code and one on a bonus page.

“Demon sheep,” if you’re somehow blissfully unaware, is a nod to an insane ad from Fiorina’s 2010 California Senate campaign that featured a very low-budget demon sheep.

carlyforpresident.com, on the other hand, does have Fiorina’s official stamp of approval, but it’s way less fun: there’s not a single mention of the word “sheep” in that domain.