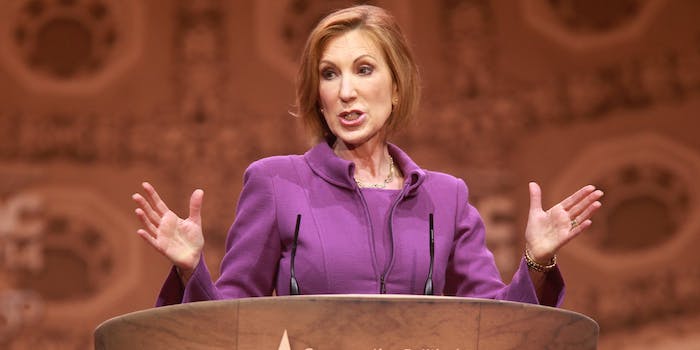 Carly Fiorina won the GOP underdog debate, according to Google

But is it a ticket to the big leagues?

Everyone is now wondering: Who is Carly Fiorina?

Standing out in the crowded field of 2016 Republican presidential hopefuls is difficult. This challenge is especially daunting for the second-tier candidates whose poll numbers weren’t quite strong enough to merit their inclusion in the main 10-candidate debate presented by Fox News on Thursday evening.

A few hours before the main event, Fox News brought seven more Republicans onstage, before an almost entirely empty Quicken Loans Arena in Cleveland, to make their cases to the public as to why they should be president.

If Google is to be believed, the candidate who did the best job of that was also the only woman on the stage: former Hewlett-Packard CEO Carly Fiorina. 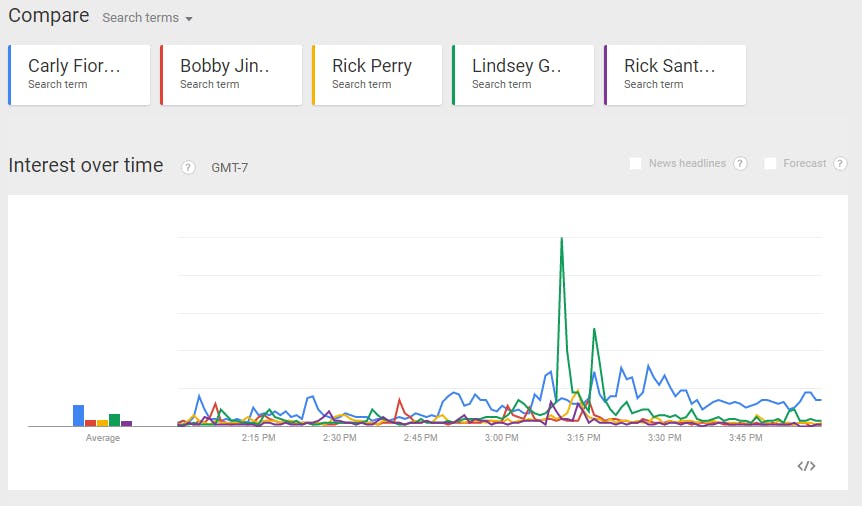 The biggest individual spike went to Graham. It came when the senator emotionally spoke about losing both of his parents when he was a young man. However, Graham’s peak was short-lived. It was Fiorina who managed to quickly attract the largest interest online and then maintain it over the longest period of time.

In fact, after the debate’s conclusion, Fiorina had a higher search volume than current Republican front-runner Donald Trump.

It wasn’t only the Internet giving Fiorina plaudits for her performance. Conservative opinion makers also lauded her ability to stand out from the pack.

Often hard to pick a winner in multi-candidate debate, but not this time. Fiorina a clear winner, though all candidates held their own.

They should invite carly fiorina back for the 9 oclock debate

Even Perry, Fiorina’s onstage opponent, gave her kudos during the debate, saying he would have much rather had Fiorina negotiating the Obama administration’s nuclear deal with Iran than Secretary of State John Kerry.

Not everything about the debate went smoothly for Fiorina. Shortly before going onstage, Fiorina, who spent six years at the helm of the world’s most recognizable printer company, left a copy of her closing remarks in a hotel printer.