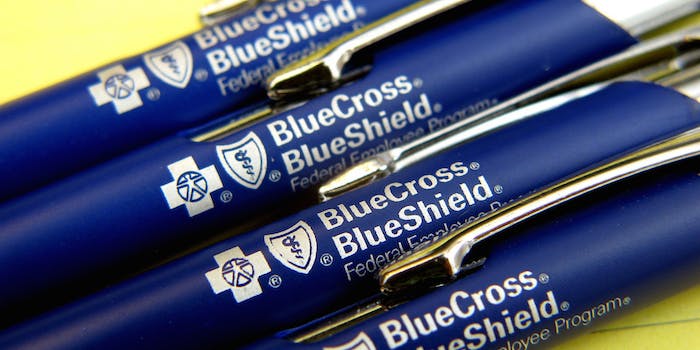 Photo by frankieleon/Flickr (CC BY 2.0)

Neither Social Security numbers nor any financial information was stolen, they say.

Once again, hackers have targeted the health-insurance industry.

CareFirst, a not-for-profit health-services company with the Blue Cross Blue Shield Association, revealed on Wednesday that it was the target of a cyberattack, and as many as 1.1 million records of current and former members may have be stolen.

The database did not contain passwords; however, the accounts of potentially affected users have been suspended and they’ve been asked to create new accounts.

In a statement on Wednesday, CareFirst, whose customers are located in Maryland; Washington, D.C.; and parts of Virginia, downplayed the significance of the stolen data:

However, CareFirst user names must be used in conjunction with a member-created password to gain access to underlying member data through CareFirst’s website. The database in question did not include these passwords because they are fully encrypted and stored in a separate system as a safeguard against such attacks. The database accessed by attackers contained no member Social Security numbers, medical claims, employment, credit card, or financial information.

Burrell did not say who was behind the cyberattack or whether Mandiant was able to identify the perpetrators.

We understand your concerns. Visit https://t.co/rpvnXb1X16 for information related to the cyberattack on CareFirst.

“Cyberattacks on businesses have, regrettably, become all too common. We understand that news of a cyberattack on [CareFirst] is a cause of concern for our members and others with whom we do business,” Burrell said. “Maintaining the privacy and security of our members’ personal information is one of our highest priorities.”

This marks the third major cyberattack on the health-insurance industry so far this year. Hackers targeted Premera Blue Cross in March, putting at risk some 11 million people. And in February, Anthem, Inc. revealed that it had suffered a “very significant” cyberattack that jeopardized the personal data of nearly 80 million people.

Photo by frankieleon/Flickr (CC  BY 2.0)