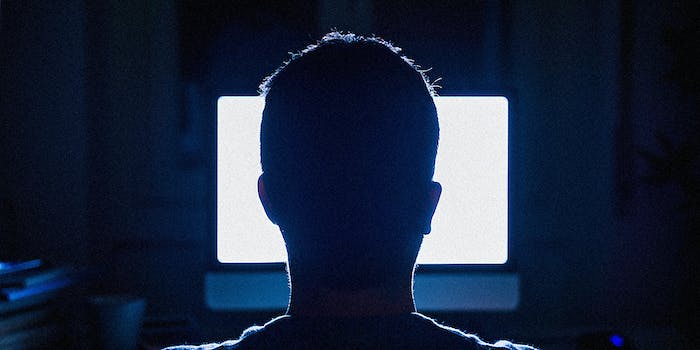 Doug Jensen was caught watching conspiracy videos in violation of his release agreement.

Doug Jensen, an accused Capitol rioter, has been compared to a drug addict by his attorney after violating his release agreement to watch conspiratorial content online.

Despite being barred from using the internet, Jensen, who was released from jail in July after being arrested in connection with the failed insurrection on Jan. 6, was accused by prosecutors last Thursday of streaming Mike Lindell’s failed Cyber Symposium.

Prosecutors claimed in their filing that Jensen was caught viewing videos on Rumble, a video-streaming platform popular among the far-right, after Pretrial Services showed up at his home.

“A mere thirty days after his release from the D.C. jail, defendant Douglas Jensen was found alone, in his garage, using a WiFi-connected iPhone to stream news from Rumble,” the filing states. “When confronted about this obvious violation of his release conditions, defendant provided his Pretrial Services Officer with one excuse after another.”

Jensen reportedly told Pretrial Services that the phone belonged to his daughter, although Jensen’s daughter later said that she had recently purchased a new phone three weeks prior.

Prosecutors say that Jensen then attempted to blame his wife by alleging that she had left the news running on the phone and that he was unaware of the device’s password. Jensen, according to the Pretrial Services Officer, would put the password into the device shortly after.

“Jensen eventually admitted to his Pretrial Services Officer that in the previous week, he had spent two days watching Mike Lindell’s Cyber Symposium regarding the recount of the presidential election,” the filing noted.

In an attempt to defend his client, Jensen’s attorney, Christopher M. Davis, responded by comparing the situation to a drug addict who has relapsed.

Davis also added that Jensen would be receiving a mental health evaluation at the end of the week and that “his urge to access the internet will be a topic of discussion.”

“If a drug abuser relapses, there is typically a sanction protocol in place to help the person deal with his/her substance abuse issues,” Davis wrote. “Mr. Jenesen requests that this Honorable Court treat his violation in a similar matter.”