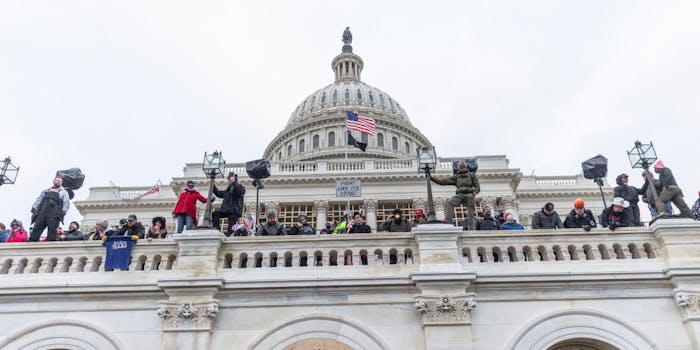 A Wisconsin man accused of being among those who stormed the U.S. Capitol earlier this year was charged after authorities were able to gather Google location data, according to reports.

According to a criminal complaint released Monday, which was published by WAOW, Abram Markofski was one of two people recently charged in connection with the Capitol riots. Molly Beck, a reporter for the Milwaukee Journal-Sentinel, reports that Markofski is a member of the Army National Guard.

In the criminal complaint, an FBI agent explains that an anonymous tipster alerted them that Brandon Nelson had gone to Washington, D.C. to attend the rally former President Donald Trump held as Congress certified the election win for President Joe Biden.

Nelson told the FBI he traveled with Markofski, according to the criminal complaint, and that they entered the Capitol for around 40 minutes.

After reviewing surveillance video and social media photos, the FBI said they spotted the two men inside the building.

The FBI said they served Google with a search warrant for data associated with a phone of Markofski’s and received location data that showed Markofski was “at least partially within the U.S. Capitol Building between approximately 2:15 p.m. and 3:41 p.m.” on the day of the Capitol riot.

The Google data handed over to the FBI was an estimate of the device’s location using GPS data and nearby Wi-Fi and Bluetooth spots. The tech giant can estimate that the data is accurate within 10 meters, according to the criminal complaint.

Both Nelson and Markofski were charged with numerous non-violent crimes in connection with the Capitol riot.