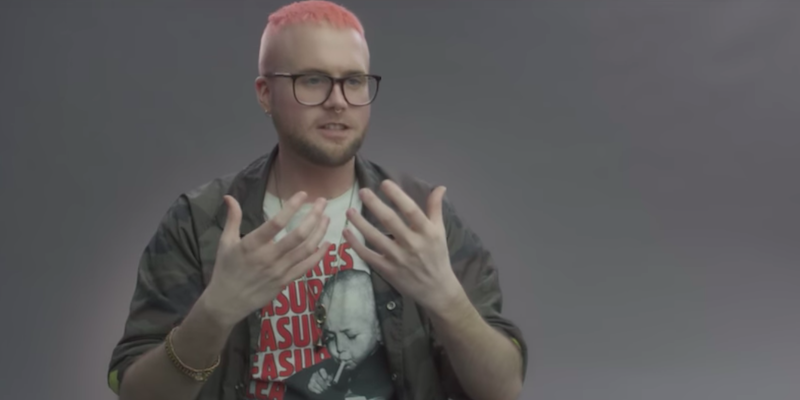 Wylie is supposed to help the retail giant cater to consumers using data and AI.

Christopher Wylie, the whistleblower who exposed Cambridge Analytica’s use of Facebook data to create personality profiles to elect President Donald Trump, will now help H&M make more efficient use of their own data.

Wylie, who used to work as an analyst for Cambridge Analytica, recently got hired by the fashion giant to help the Swedish multinational make more effective use of its customer data to make sure it actually designs what people want, according to AdAge. The company has lost profits for its sixth straight quarter, according to Forbes.

Wylie attracted international attention in 2018 when he blew the whistle to reporter Carole Cadwalladr on Cambridge Analytica and its work on the 2016 presidential campaign. He unveiled that a professor at Cambridge University, Aleksandr Kogan, built personality profiles of Facebook users in 2014 to target voters in a more effective manner, and then sold the profiles to Cambridge Analytica.

At the time, individuals were encouraged to file a personality test on a Facebook app called “Thisisyourdigitallife.” Data acquired from this was later used by Kogan and Cambridge Analytica to aid clients like Trump’s political campaign.

As part of its tools, the firm boasted that it was able to “show you members of the electorate most likely to respond to your messages and how they might behave in future. This lets you deliver highly targeted experiences to prospects and supporters.” Reports suggested that more than 50 million people on Facebook had their data used by the firm without their knowledge.

Facebook was in the spotlight after these revelations. The social media giant said users, by agreeing with the company’s data protection policy, agreed to be subject to such data collection. Following Wylie’s admission, Facebook CEO Mark Zuckerberg faced Congressional hearings, and DC Attorney General Karl Racine filed a lawsuit against the company over what is considered its biggest data breach.

According to Forbes, rumors have also been circulating that H&M will launch a discount website to help tackle its problem of discounting stock inventory. During his time at Cambridge Analytica, Wylie said he used fashion branding to understand people’s political inclinations.

Wylie is a Canadian high school drop out, who worked briefly in Canadian politics before getting fired because he was pushing a nascent form of data-harvesting technique, according to the Canadian Broadcasting Corporation(CBC). By 19 he taught himself to code, and moved to the UK to study law at the London School of Economics. It was through a Liberal Democrat party connection that Wylie was introduced to SCL Group, a subsidiary of Cambridge Analytica.