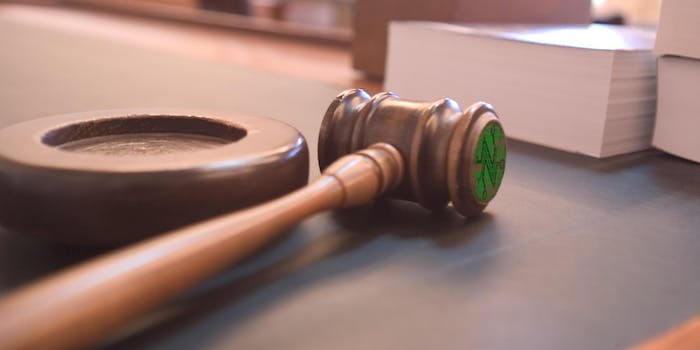 Is the law on net neutrality's side?

Cable and wireless companies have filed their opening arguments in the court case that they hope will bring down the FCC‘s net-neutrality rules.

In the joint brief, the first of many filings related to the case before the U.S. Court of Appeals for the D.C. Circuit, the plaintiffs argue that the rules adopted in late February are illegal and represent an “extraordinary assertion of regulatory authority over the Internet.”

The FCC’s rules reclassify broadband Internet as a “telecommunications service” and subject it to Title II of the Communications Act of 1934. Under Title II, Internet service providers cannot block, downgrade, or prioritize certain content. The rules represent an ambitious attempt by the commission to preserve an open Internet.

“To reach [its decision], the FCC distorts the Communications Act’s text and disregards the regulatory regime the statute codified.”

In the brief, the plaintiffs argue that Congress never intended to let the FCC to use the Communications Act, or the subsequent Telecommunications Act of 1996, to classify the Internet in this way.

“To reach [its decision], the FCC distorts the Communications Act’s text and disregards the regulatory regime the statute codified,” the brief says.

The companies also argue that the rules “will undermine future investment by large and small broadband providers, to the detriment of consumers,” a warning that the telecom industry cites frequently in attempting to avoid regulation.

Open-Internet supporters rallied to defend the FCC after opponents filed their brief.

“Legions of lawyers and lobbyists working for the phone and cable companies aren’t going to succeed this time in taking these rights away from Internet users,” Matt Wood, policy director at Free Press, said in a statement. “Their overheated rhetoric in these court cases ignores both the law and the way that Internet access actually operates.”

The appeals court may side with the FCC on its interpretation of the relevant laws, but the plaintiffs’ opening statement drives home the fact that the court battle over net neutrality has just begun.