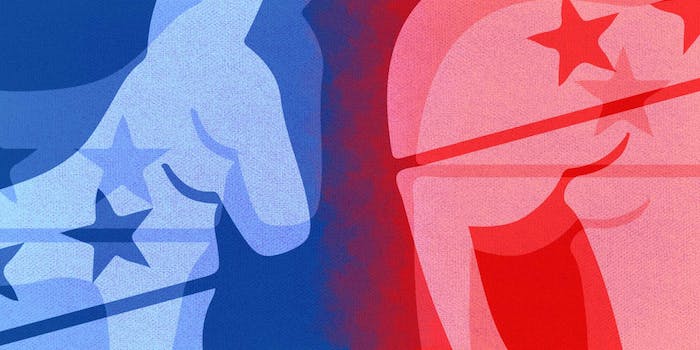 Early polling is often unreliable, but rarely is it this consistent.

Jeb Bush and Hillary Clinton are leading the latest polls for their respective parties’ nominations as the 2016 presidential election gets underway, according to polls by CBS News and a number of other outlets.

Bush and Clinton boast strong name recognition; they’re easily the two best known candidates in recent polls. But recognition cuts both ways, with critics of a Bush or Clinton dynasty using the argument to attack both leading candidates.

Former Maryland governor and potential Democratic presidential candidate Martin O’Malley told ABC’s This Week on Sunday that the country’s need for a “new perspective” meant that the two leading candidates ought to be challenged.

“Let’s be honest here,” O’Malley said, “the presidency of the United States is not some crown to be passed between two families.”

Scott Walker, the Republican governor of Wisconsin, has lower name recognition than Jeb Bush, but among those Republicans who do know him, Walker enjoys very high support. The governor is nearly neck and neck with Bush in most polls.

Clinton’s ongoing email scandal has not pushed away many supporters, CBS’ poll finds. She leads the way among potential Democratic candidates by a wide margin, just as she has for years.