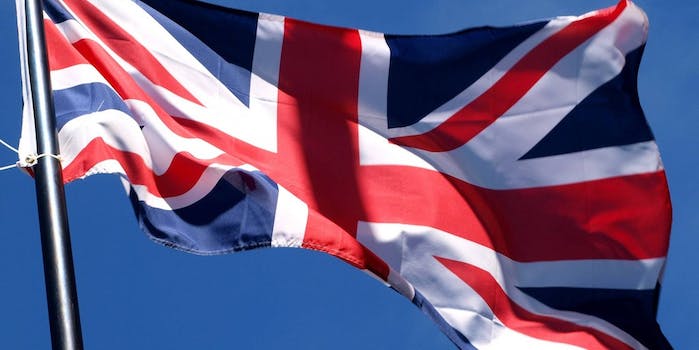 As the U.K. prepares to vote whether to leave the European Union, tensions over the impending “Brexit” vote have reached a fever pitch. A bizarre stand-off between a pair of dueling floatillas on the Thames River in London earlier this week bordered on the ridiculous, but a fatal attack on an anti-Brexit MP the following day by a suspected neo-Nazi who yelled “Britain First” in the midst of his assault, turned the mood deathly serious.

The pitched battle between the stay and leave camps, which public opinion polls show is in a nearly even race, has also extended to the online realm.

An analysis conducted by the social media analytics firm Spredfast, found that, in terms of total volume of Twitter conversation, there was nearly twice as much activity on hashtags in support of abandoning the E.U. as those who back remaining in the union. Tweets with #voteleave, #leave, or #leaveeu hashtags vastly outnumber those with #remain, #intogether, or #strongerin hashtags. On Instagram, #leave beats #remain by a factor of ten. 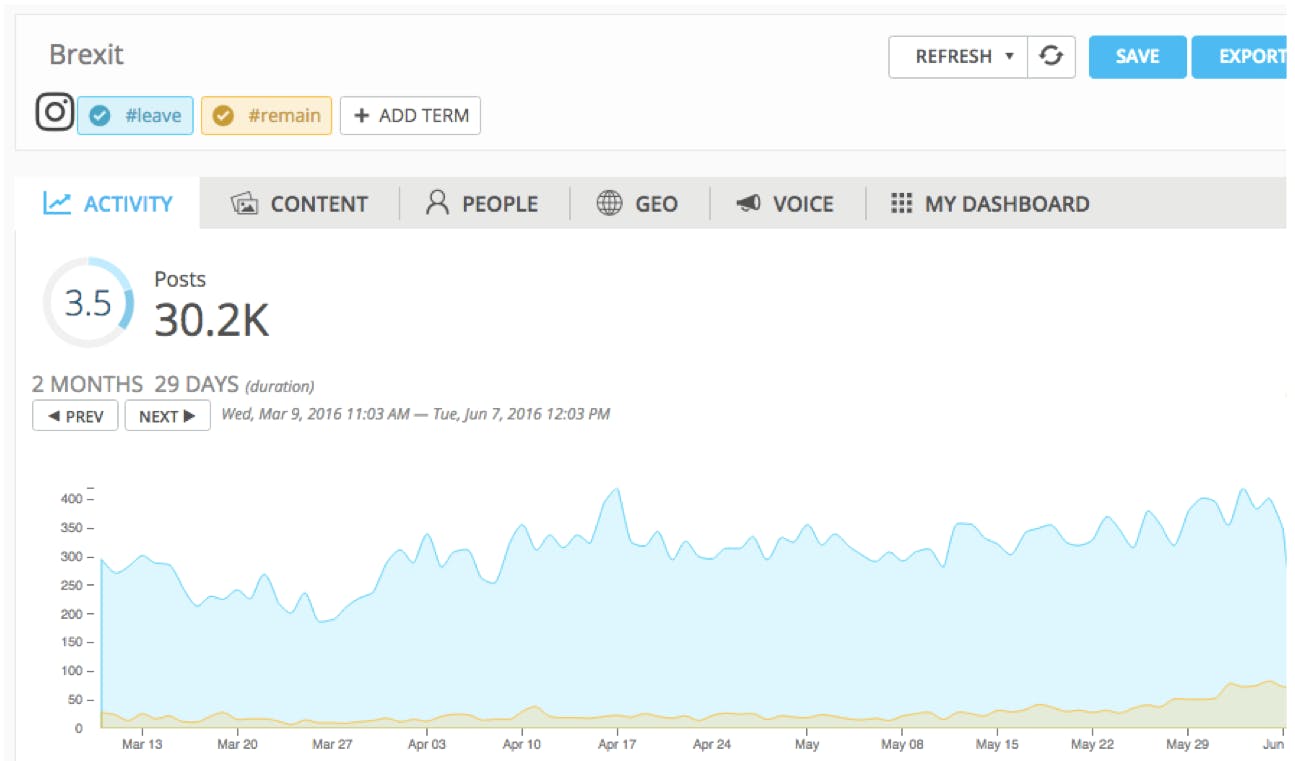 When Spredfast researchers dug a little deeper into the data, they found the reality to be a bit more complicated.

Social media messages about leaving the E.U. may beat those in favor of staying in; however, when the the tweets are filtered by geographic area to only include tweeting from within the U.K.—the only people with an actual say in the matter—the leave camp’s advantage evaporates. Inside the U.K, there is essentially a dead heat. 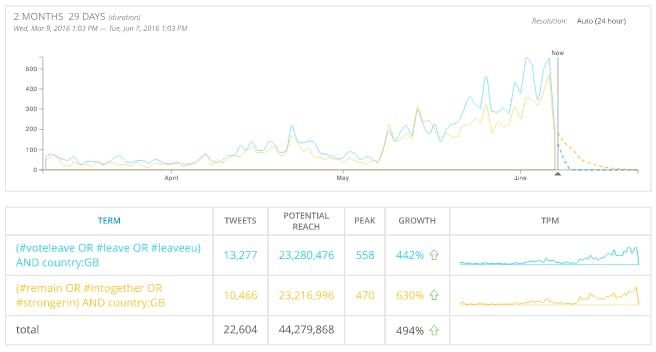 Additionally, 41 percent of the tweets using the leave hashtags are related to a pair of popular accounts: @LeaveEUOfficial and @vote_leave.

“These accounts, LEAVE EU and Vote Leave, have organized efforts and are using celebrity endorsements to make their voices heard,” Spredfast’s Samantha Subar explained in an email to the Daily Dot. “On the other hand, the majority of #Remain content is made up of original posts created by individuals. In other words, not retweets and tweets from one singular account.”

As far as members of Parliament go, they’re mentioning the pro-remain hashtags nearly twice as frequently than the pro-leave ones. 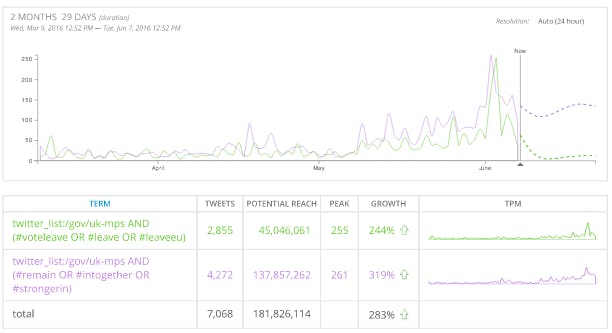 Britain goes to the polls on June 23.