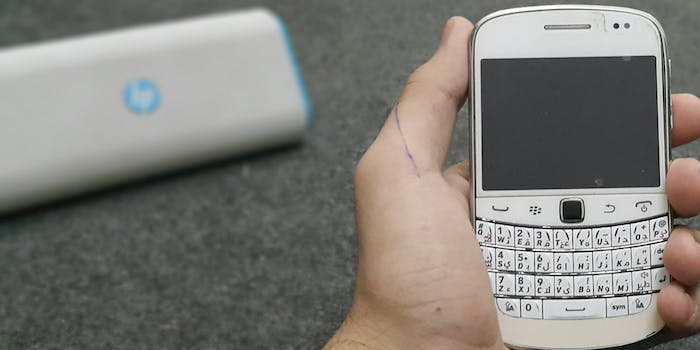 BlackBerry Messenger is still a thing—but not for much longer

Company behind app admits 'users have moved on to other platforms.'

BBM, formerly known as BlackBerry Messenger, will be discontinued late next month, roughly 14 years after the app first debuted.

In a blog post Thursday, Emtek, the company that acquired the service from BlackBerry in 2016, revealed that the consumer version of BBM would be shut down on May 31.

Emtek has cited a lack of interest in the app for the decision despite the company’s attempts to revive the once-popular messenger.

“We poured our hearts into making this a reality, and we are proud of what we have built to date,” Emtek said. “The technology industry however, is very fluid, and in spite of our substantial efforts, users have moved on to other platforms, while new users proved difficult to sign on.”

The company also informed users that they would need to download any content they wish to keep as their messages, files, and photos will likewise disappear.

“We hope you will cherish many fond memories of BBM consumer service that helped shape messenger platforms to become what they are today,” the company added.

BlackBerry’s Chief Marketing Officer Mark Wilson responded to the news with disappointment but also said that the enterprise version of BBM, known as BBMe, would be made available to the public.

“While we respect Emtek’s decision, we’re disappointed the platform did not thrive and grow as expected,” Wilson said. “After much consideration, we decided that BBM’s loyal users should continue to have a secure messaging platform that they can trust.”

BBMe is available for Android, iOS, Windows, and macOS devices and offers a range of special features, such as end-to-end encryption, for around $4.98 per year.