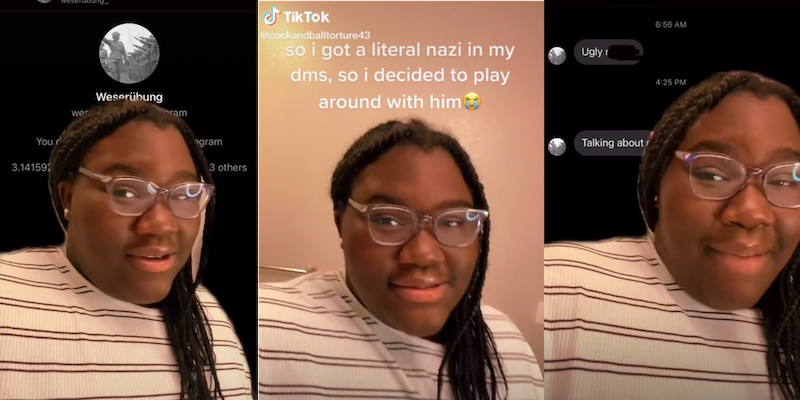 A Black TikTok user went viral this week after trolling a “literal Nazi.”

The user, @constantlytired345, uploaded footage of the conversation on Sunday after receiving an influx of racist remarks on Instagram.

“Yo, so today I got a literal Nazi in my DMs so I decided to play around with him,” she said.

The video, which has garnered over 460,000 views so far, shows how the TikToker was able to repeatedly bait the user.

The user responded by sending even more racist remarks, stating that he would kill the TikToker as well as Jewish people, gay people, and gypsies.

After the user stated that he would die for Hitler, the TikToker asked whether he would sleep with the Nazi leader.

The TikToker responded by asking why the user would have sex with a dead woman, leading the user to become enraged.