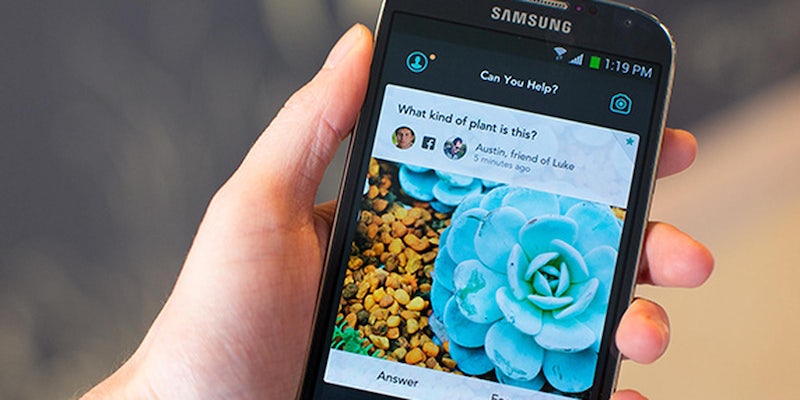 Why everyone is talking about an app no one wants

No one really thinks Jelly will fill a void or can argue why we need it, but we have to tell you about it anyway.

Looking at the headlines, you might not know what Jelly is exactly. You will get the basics:

About that last point: It doesn’t, save for the fact that Biz Stone is tied to both. Connecting Jelly to Twitter is misleading, but the word “Twitter” is better for SEO and more apt to get your eyeballs. And damn if we don’t want your eyeballs. 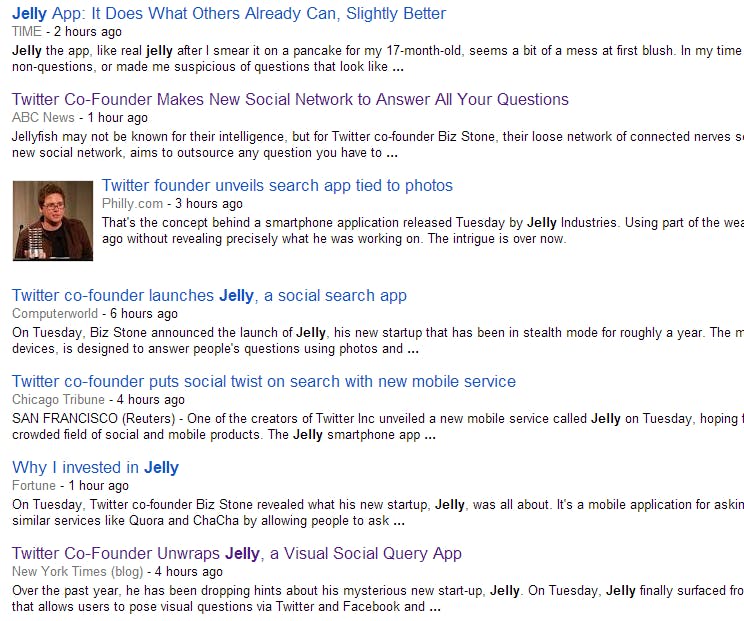 So we’ve got Biz Stone, new app, Twitter ties (but not really).

According to this headline, it’s an app for sharing and viewing photos.

This one says it’s a social search service.

Or is it a Q&A platform, like Quora, but more visual and mobile-friendly?

Apparently, the tech press does not really know what Jelly is. Its solution is to make these over-reaching proclamations about the new app. Jelly does this; Jelly is meant for that.

Having only read Jelly’s introductory blog post and skimmed headlines (I will download the app and read these before finishing this article, don’t worry), I feel that I can safely summarize much of the coverage into the following bullet points:

Now that I’ve read some of the articles and downloaded the app, it’s time to talk about whose fault it all is.

The “tech press” (which is such a vague, all-encompassing term and the concept of what makes “tech” so constantly changing that this is starting to be a meaningless phrase) are guilty of a few things (which in my earlier career, I definitely caved to as well) when it comes to covering technology startups, particularly social apps.

There were a few, defining platforms that served as the structure for the social Web—sort of the laid the rails for the trains. You probably already know the biggest names: Facebook, Twitter, Instagram, and Google/Google+ (Snapchat also gets an honorable mention here). The press knows how to cover these; it’s what comes next, the apps that build off this groundwork, that we sometimes find ourselves reaching to make stories out of… when we clearly shouldn’t.

I know the mindset of covering Jelly. It was a stealth startup, meaning a relatively long time ago, Biz Stone—who is very well known and respected in the community—announced he was working on something secret. Secrets are exciting! Also, Stone is one of the brains behind Twitter and Medium, both successful, respected, interesting services. Jelly will get attention based on these things alone.

Even though it might not merit it. At least not to the degree to which the words “step aside, Google” are actually written.

Jelly is simply a way to upload a picture and ask your friends questions about it or related to it. That’s it.

Something like Jelly deserves to be covered, but not in literally hundreds of articles. Here’s all you need: The App Store screenshots of the service, maybe a brief summary of who Biz Stone is and what else he’s made (two to four sentences should do it), and what Jelly does. This last part could be done in bullet points or a list of features, or if you’re committed to the story form, one paragraph—tops. That’s it; no one needs you to wax eloquently about the color scheme (I’ve never downloaded an app because the shades of green and flat UI style just totally grabbed the reviewer), and unless you’ve really, really used it (like, for more than an hour), an opinion on its future success and adoption should be brief or nonexistent.

Honest adoration or criticism of it (“Why I’m leaving Twitter to use Jelly!” “Why I’d rather put a pencil in my ear than use Jelly!”) or a profile of Biz Stone and Jelly Co. are more worthy angles, but these are harder and thus few and far between. But you do have to ask: Would you be writing about this app if just some random guy made it? Probably not. Another good question to ask is if these stories deserve the investment, given that they revolve around a rather lackluster app.

Jelly is an app that doesn’t inspire us to write more interesting things about it because it’s not very interesting. It’s not a game-changer or addictive, and it definitely falls into the “done before” category.

But really, that’s fine. It’s OK to build and market an app that isn’t a “Facebook Killer.” It just sucks when, because of the backstory, the press tries to spin it as more than it is. No one really thinks Jelly will fill a void or can argue why we need it, but we have to tell you about it anyway.