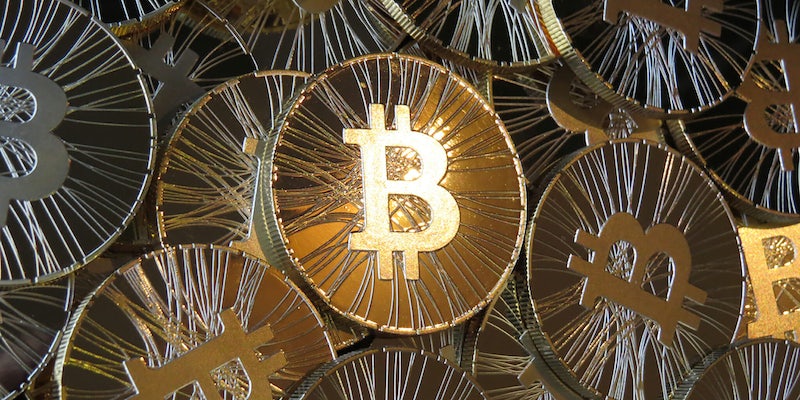 Bitcoin has dropped 65 percent since December.

Everyone’s favorite cryptocurrency, Bitcoin, dropped 10.8 percent on the Luxembourg-based Bitstamp after South Korean cryptocurrency exchange Coinrail was hacked over the weekend, according to the Guardian.

Bitcoin is now trading at $6,762—down from an all-time peak of nearly $20,000 in the week before Christmas—as of press time. It’s dropped 65 percent since December, as investors have become wary of government regulation in countries such as China. Cryptocurrency is a form of digital money that isn’t regulated by banks or the government; instead, it uses cryptography techniques to ensure secure transactions and control the creation of new units.

Crypto watch: #bitcoin moving slightly higher this morning after dropping as much as 10% over the weekend $BTC pic.twitter.com/rLk3tTvR3R

Coinrail has not confirmed just how much was stolen from the company, but South Korean local news outlet Yonhap News reports that an estimated 40 billion won (£27.8m) worth of virtual coins was stolen in the heist over the weekend. Experts say the drop occurred shortly after Coinrail confirmed the cyber-attack in a tweet on Sunday, according to Reuters.

Coinrail later said in a statement on its website that 70 percent of its customers’ reserves were confirmed to be safely stored and moved to a cold wallet for storage. It said transactions and withdrawals will resume after stabilizing the service.

“Two-thirds of the coins confirmed to have been leaked are covered by freezing/recalling through consultation with each coach and related exchanges,” Coinrail said. “The remaining one-third of coins are being investigated with investigators, relevant exchanges, and coin developers.”

Supporters of Bitcoin have been urging folks on Twitter to not panic about the plummet and to continue investing.

Do not panic about the drop in Bitcoin's price. It is an overreaction to the news that Bitstamp, Coinbase, itBit and Kraken are being investigated for price manipulation. This will delay the bull market by no more than 30 days. Don't buy into the fear. Buy the coins.

#bitcoin owners, stop panicking. 1) next JAN is 10 year anniversary of bitcoin. Every cover digital/paper on the planet will say so #lindyeffect 2) the 3rd/most important halving thus far is < 2 years away 3) the institution money is coming. They’re spoofing you right now pic.twitter.com/O50de6Jm8q

Quit your bitching, we're still in the wedge. If it falls below the wedge, then you can start worrying.#btc #bitcoin #crypto pic.twitter.com/d5YdTAe6vY

Hacking has become a big concern in the cryptocurrency investing world. In April, for example, popular crypto user Ian Balina was hacked of $2 million while he was livestreaming. Additionally, Japan’s Coincheck was hacked in January, with more than $500 million-worth of digital currency stolen, and South Korean exchange Youbit shut down and filed for bankruptcy after being hacked twice in December.