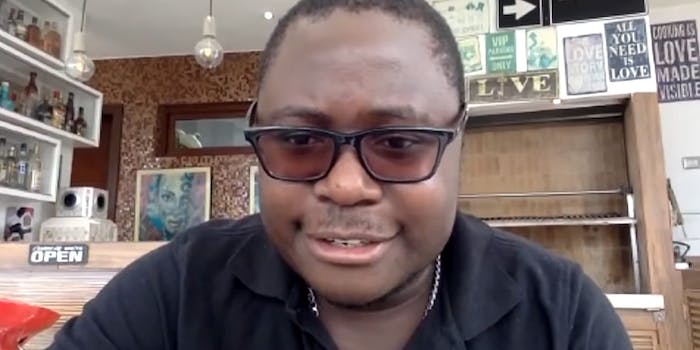 Popular crypto YouTuber allegedly hacked out of $2 million during livestream

YouTuber Ian Balina was apparently hacked of $2 million during a livestream.

Balina, a prominent cryptocurrency advisor and investor who reviews ICOs (initial coin offerings) on his channel, ended a livestream on Monday after allegedly being hacked. ICOs are a fairly easy way to raise funds for a new cryptocurrency and Balina reviews crypto startups to see if new currencies are worth investing in.

During the livestream, Balina was alerted “that somebody transferred all your tokens from your account.” The stream allegedly went down 15 minutes later, and when Balina returned he’d been signed out of his Google Sheets profile.

Balina is now trying to get information on the hacker or hackers, who have allegedly lifted $2 million in cryptocurrency from his Etherscan wallets.

Balina tweeted out a screenshot of his portfolio last week, which might have made him a target for the hack. He also claimed that hackers likely got access through an old college Gmail.

Some critics have accused Balina of lying about the hack to avoid taxes, which he denied. Others have claimed he’s an “ICO shill.”