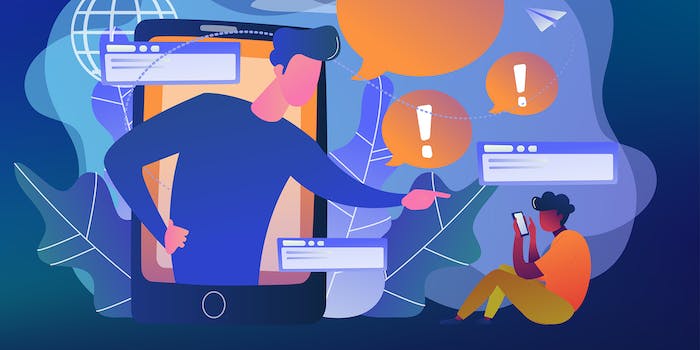 What was once a symbiotic relationship has soured.

MIT Technology Review Journalist Karen Hao is tired of being digitally trailed by Facebook. In the three weeks since Hao published an exposé centered around Facebook’s ‘Responsible AI’ team, she has been tweeted at by the company’s CTO Mike Schroepfer, sent a lengthy list of factual corrections that Hao alleges were mostly inaccurate, and has had members of Facebook’s communications team attend her virtual talks.

Hao recounts a bizarre incident where two Facebook employees showed up early to a Clubhouse event that she was hosting. She paints a comedic image of just her, the other hosts, and the communications team members in the audience waiting for the talk to start. “I feel like I’m being surveilled a little bit, so it has affected how free I feel that I’m able to speak at these events because I know they’re watching,” Hao says, “Are they waiting for me to trip up?”

Hao’s experience is just one of many examples of the growing tensions between major technology companies and journalists that report on their work.

The once mutually beneficial relationship shared between Big Tech and reporters has disintegrated into a dumpster fire of tweets, dueling emails and passive-aggressive Clubhouse rooms. Although journalists still rely on Big Tech for everything from an online platform to host stories to the inside scoop, the love affair is relatively one-sided. To the image-conscious Silicon Valley, journalists are becoming an uncontrolled variable in an industry that prefers to maintain control.

When reporters first started covering tech, the relationship was far more conflict-free. “For a long time, tech reporting had people just carry water for companies in the hopes of getting better access. Ultimately that wasn’t really journalism. It was public relations,” Substack technology reporter and author Alex Kantrowitz told the Daily Dot. Those initial experiences set up expectations of Big Tech’s future interactions with the press.

The shift from PR “fluff” pieces to hard-hitting exposés was sudden and perhaps jarring. Tech journalist Mike Elgan believes that this change came after “serious publications” like the Wall Street Journal and the New York Times began to cover technology. “I suspect the big tech companies got used to fawning, unserious, boosterish coverage from the tech press for many years … When real investigative journalism started focusing on Silicon Valley, the tech companies felt like victims because it wasn’t the kind of coverage they were used to,” Elgan told the Daily Dot.

In the last ten years, several prominent technology companies have monopolized the market, amassing unprecedented power. And where there’s power, there’s press. Elgan says that each company has its own unique way of handling press—Apple will blacklist journalists, Facebook will silence criticism, and Amazon will attempt to prevent leaks to control the flow of information. But despite the pushback, journalism has continued holding companies accountable in the public eye. After the Capitol riot on Jan. 6, several media outlets explored Big Tech’s role in facilitating the hate speech that inspired this event. That culminated in years of scrutiny over their roles in platforming some of the web’s most dangerous views.

Congress has since begun asking important questions related to the possible dangers of these platforms, and some tech companies have attempted to rectify these issues. A single story can influence policy, regulations, and lawsuits. The press is a powerful opponent. And the Big Tech industry knows this.

These companies aren’t always taking the negative press in silence. On Mar. 23, Amazon responded to journalist Lauren Kaori Gurley’s post about the company’s biometric data collection consent form by tweeting, “Don’t believe the self-interested critics who claim these cameras are intended for anything other than safety.”

This strategy is relatively unusual for a company that tends to express discontent through less public means.

On the other end, reporters are growing frustrated by tech companies’ PR tactics, and are—to no one’s surprise—writing about it.

Editor-in-chief of the investigative technology-focused publication the Markup Julia Angwin posted a dispatch critiquing Big Tech’s insistence on being “off-the-record” when making official comments. Angwin refused to allow this, saying in the statement: “Our reasoning is simple: anonymity isn’t standard; it is a privilege that should be born only out of necessity …. Corporate spokespeople who are paid to provide information simply don’t meet the criteria for being granted anonymity.” The concept of companies speaking “on background”—without their name or affiliation—has become relatively mainstream in journalism. It’s a powerful tool for Big Tech, as they can comment freely without fear of future repercussions. The Columbia Journalism Review explained the appeal of this tactic, highlighting the lack of legal or public accountability that comes from commenting “on background.”

The Markup’s refusal to let Big Tech comment without attribution seems to have provoked a strong response from several companies. Angwin shared the experience of one of her reporters, Adrianne Jefferies, “One spokesperson was very combative and kept trying to talk me into going off the record… then started yelling at me, telling me this is how it works and I don’t know what I’m doing, and asking to speak to my editor.”

This isn’t the first time someone has been unhappy with a journalist’s narrative. What makes this situation particularly volatile? In the past, companies have taken a more traditional path to counter a journalist’s piece if they feel that it is inaccurate, such as through lawsuits or by issuing public statements. But Big Tech isn’t a fan of status-quo, a trait that has both bolstered the industry’s success and magnified conflict. In a 2013 email reported on by the New York Times journalist Cade Metz, venture capitalist Balaji Srinivasan suggested a more aggressive means of challenging journalists. “If things get hot, it may be interesting to sic the Dark Enlightenment audience on a single vulnerable hostile reporter to dox them and turn them inside out with hostile reporting sent to *their* advertisers/friends/contacts,” Srinivasan wrote. The harassment campaign known as “doxing” refers to finding and releasing private information and files. Metz claimed to have been doxed after being accused of planning to expose an internet writer’s full name. This type of attack against reporters is by no means rare, and several journalists have taken to publishing their own experiences having their private information shared after a particularly controversial story or post.

Big Tech has plenty of more traditional tools at its disposal to help regulate its image in the press. One of these tactics is withholding access. Esquire journalist John McDermott used to be given direct access to top tech executives. After he wrote a series of exposés on Google’s ad technology, his interaction with the company was reduced to a spokeswoman who insisted on “off-the-record” communication. “I wasn’t doing access journalism—but it’s typical of Big Tech … If you’re a reporter who relies on access to do their job, that can be disastrous,” McDermott told the Daily Dot.

If the stick doesn’t work, Big Tech also has the carrot at its disposal. A tech company can provide certain journalists the first look at an important product or allow interview access to executives. Several journalists recently discussed Facebook’s Oversight Board’s decision to give specific reporters and academics a first look at a ruling on content issues. This information would be released under an embargo, meaning that the journalist can not publish the piece before a certain time, and consequently can not consult outside sources. A reporter may decide to get the information from the company and agree to its terms, or attempt to do their own reporting without this inside information. While some journalists view this ‘trade-off’ of receiving embargoed material as mutually beneficial, others argue that access given by a company can be a form of media manipulation.

“The takeaway here is, a company may promise you unparalleled access and flood you with information, but in doing so it also gets a lot of influence over *how* you interpret that information and makes it harder for you to step back and see the big picture,” Wired Editor-in-Chief Gideon Lynch tweeted in a thread about Hao on Mar. 13.

The situation is tense, but is it an all-out war? Tech reporter Kantrowitz doesn’t think so, “There are few very vocal people on both sides, but they don’t speak for everyone. By and large I think the tech industry wants reporters doing thorough critical work, and reporters aren’t out to get tech companies, they’re out to get the truth.” Despite the industry’s insistence on shaping the story, it seems that Big Tech understands the importance of tech companies’ PR teams cultivating a solid relationship with the media. In the Harvard Business Review, former Apple PR employee Cameron Craig suggests helping tech journalists and analysts even if there isn’t any direct benefit to the company.

Kantrowitz insists that there can be a “healthy conflict,” where a journalist isn’t catering to a company but still seeks a complete perspective which would include Big Tech’s side of the story. “If the information is in the public’s interest to publish, I won’t hold back. But I don’t wake up in the morning thinking about how I can destroy a company,” he said in an interview.

Perhaps the negative perspective is the loudest, but the consequences of these conflicts are real nonetheless. Karen Hao isn’t sure how her interactions with Facebook will affect her work with tech companies in the future. “It makes it more difficult to get access. It’s more adversarial.”

For the most part, the days of reporters and Big Tech maintaining a purely amicable relationship based on insider access and mutually beneficial reporting may be over, but that doesn’t mean that journalists will stop covering technology. Elgan argues that the shift in this relationship could be a positive for all parties.

“If journalists view sources and tech leaders as subjects, rather than pals, the audiences will be better served.”

Jules Schulman is an L.A.-based journalist and researcher.