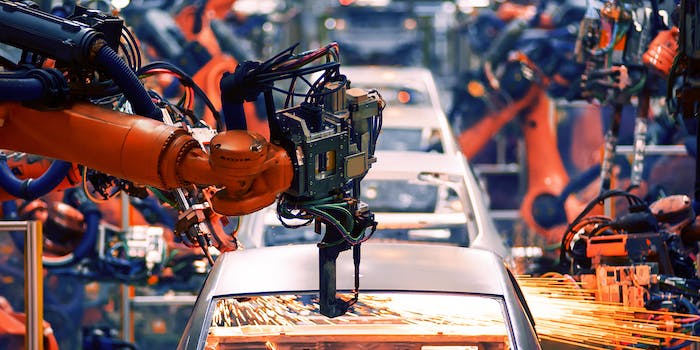 'The expansion of Google, Amazon, Apple, and Facebook into the auto sector spells trouble for workers and consumers.'

A coalition of nearly 30 advocacy groups are warning Congress and federal regulators about big tech companies “dominating” the auto industry.

The groups sent a letter to lawmakers in both the Senate and House of Representatives, Federal Trade Commission (FTC) Chair Lina Khan, and Jonathan Kanter, the assistant attorney general for the Justice Department’s antitrust division, on Tuesday. The letter warns that big tech companies like Google, Facebook, Apple, and Amazon have “already set its sights” on the auto market as it “transitions to electric and autonomous vehicles.”

“Make no mistake: the expansion of Google, Amazon, Apple, and Facebook into the auto sector spells trouble for workers and consumers,” the letter reads.

In the letter, the groups highlight how the companies have made inroads into the auto industry. Specifically, how Google’s Android operating system is “already ubiquitous in new vehicles” and the company’s Waymo self-driving car project; Amazon’s acquisition of Zoox to “design autonomous ride-hailing vehicles;” Apple’s work on the “Apple Car;” and how “experts expect [Facebook]” to seek how to use artificial intelligence and virtual reality technology in the auto sector.

They also list several instances of the companies fighting against unions and raise concerns about the “grave” data privacy and data security concerns.

“Imagine if they can also monetize our behavior behind-the-wheel as well. They know where we go, what we search for, and now they’ll know how often we use our turn signals or go five miles over the limit,” the groups wrote. “There are already widespread concerns of privacy violations and data impropriety against each of these four tech giants.”

The groups requested that Congress keep these concerns in mind as it examines “big tech’s monopolistic activities” and work on antitrust legislation.

The letter was signed by 28 groups, including Demand Progress, Accountable Tech, Fight for the Future, the Surveillance Technology Oversight Project, Athena, and numerous others.