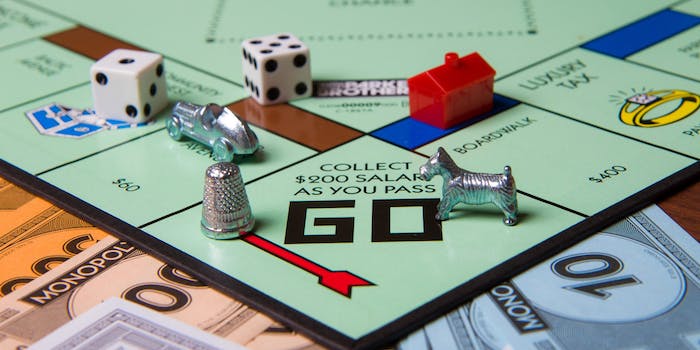 Big tech is already pushing back.

The House Judiciary Committee published a mammoth antitrust report on Tuesday, criticizing big tech for what they view as wide-reaching monopoly power.

It provides Congress with three main recommendations to monitor tech giants: prohibit preferential treatment across platforms, more requirements for acquisitions, and increased oversight over the companies.

“In recent years, each company has expanded and exploited their power of the marketplace in anticompetitive ways,” Judiciary Committee Chairman Jerrold Nadler (D-N.Y.) and antitrust subcommittee head David Cicilline (D-R.I.) said in a statement. “Our investigation leaves no doubt that there is a clear and compelling need for Congress and the antitrust enforcement agencies to take action.”

The report almost earned bipartisan support. Some Republican members said the report did not address discrimination against conservatives online.

Rep. Ken Buck (R-Colo.) said it came down to the recommendations for him.

“I agree with about 330 pages of the majority report, that these tech companies have been acting anti-competitively,” Buck told Axios. “It’s very common for Republicans and Democrats to agree on a problem and offer different solutions to solve a problem.”

Despite the politics surrounding the report, both sides said the power wielded by the tech companies cannot go unchecked for much longer.

Here are five things you should know about the 449-page report.

Tech isn’t what it once was

The report was quick to note that the tech giants are no longer the start-ups they once were. Over the years, Google, Facebook, Apple, and Amazon amassed almost all of the shares in the industry’s pie, the report says.

The report likens the tech giants to “oil barons and railroad tycoons.”

“To put it simply, companies that once were scrappy, underdog startups that challenged the status quo have become the kinds of monopolies we last saw in the era of oil barons and railroad tycoons,” the report says.

The House Judiciary Committee reports that the four companies control the entire playing field, which impacts other companies.

“By controlling access to markets, these giants can pick winners and losers throughout our economy,” the report states. “They not only wield tremendous power, but they also abuse it by charging exorbitant fees, imposing oppressive contract terms, and extracting valuable data from the people and businesses that rely on them.”

The report says that the companies “use its gatekeeper position to maintain its market power.”

The report lays out a number of findings against the four major tech companies.

According to the report:

The companies also “declined to produce certain critical information and crucial documents” to the committee, according to the report. The four companies said the documents were withheld because they were “protected under common law privileges” and were part of ongoing investigations, the report says.

‘Restoring competition in the digital market’

But it also notes that antitrust laws have been “significantly weakened” since they were enacted, and the result is “an approach to antitrust that has significantly diverged from the laws Congress enacted.”

After a year of investigating the company’s market behaviors, the committee concluded that tech giants have an unfair advantage over the smaller companies that use their platforms.

The report wants Congress to “prohibit dominant platforms from engaging in self preferencing, and requiring them to offer equal terms for equal products and services.”

Amazon, Apple, Facebook, and Google have access to data, structure and audience in a way that other business users do not, the report argues. That makes their products more profitable than the latter.

“By functioning as critical intermediaries that are also integrated across lines of business, the dominant platforms face a core conflict of interest,” the report states. “The surveillance data they collect through their intermediary role, meanwhile, lets them exploit that conflict with unrivaled precision.”

The antitrust report wants Congress to split the tech companies into separate entities in order to even the stakes.

On the same lines of decreasing the size of companies, the report recommends that Congress makes it harder for the monopolies to acquire other companies.

“Under this change, any acquisition by a dominant platform would be presumed anticompetitive unless the merging parties could show that the transaction was necessary for serving the public interest,” the report reads.

The report argues for strengthening of antitrust laws—like Section 7 of the Clayton Act, which sets standards for company mergers.

Big tech is fighting back

All of the major tech giants have pushed back hard against the report.

Amazon called the report “misguided” and “regulatory spit-balling” in a blog post, where they argued that the retail sector is competitive and that antitrust action would hurt small businesses.

Meanwhile, Apple—in a statement to CNBC—said that the company “vehemently” disagreed with the report “with respect to Apple,” and argued that it does “not have a dominant market share in any category where we do business.”

Google also defended itself in a blog post responding to the report, saying that it disagreed with the findings and said it included “outdated and inaccurate allegations from commercial rivals about Search and other services.”

Facebook told CNBC that it competes with a “wide variety of services” and brushed off concerns about acquiring companies, saying that “acquisitions are part of every industry.”

The report is just a list of recommendations backed by hearing, research, and sworn statements.

If Congress takes up those actions, then it would be the strongest anti-monopoly restrictions laid upon the tech industry in history.