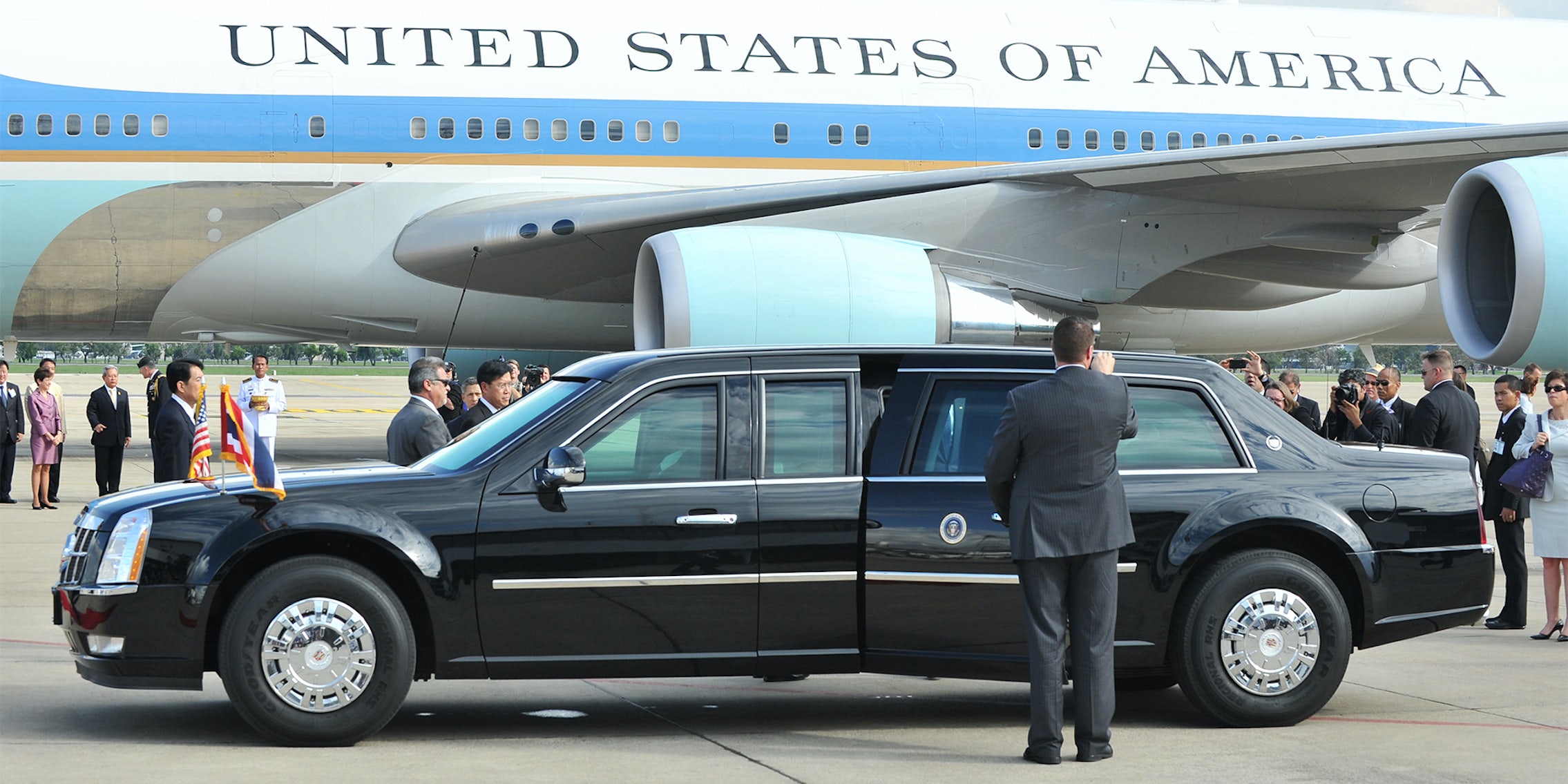 The cars in questions were recalled for fire risk.

Any perceived attempt on the life of any president of the United States demands scrutiny—as does any potential conspiracy involving the president or those close to him destroying crucial evidence.

But an incident that might be both? That’s going to fire up conspiracy theories from both sides of the political spectrum—even if there’s nothing to either one.

Over the Thanksgiving holiday, President Joe Biden and his family made the short jaunt from D.C. to Nantucket, where the Bidens participated in normal holiday activities like shopping, and going to a Christmas tree lighting. The family has spent the last four decades going to the Massachusetts island for the holidays and there was nothing especially noteworthy about the trip.

Then they left, and everything exploded. Literally.

Immediately, the misinformation started spreading, even as the fire still raged. Rumors flew that the five cars all “burst into flames” or “exploded” separately, that they were burned before the Bidens left the island, that the Bidens had only just escaped being in them, or that they were set on fire by the Secret Service or Bidens on purpose to “destroy evidence” of something.

Of course, some right-wing pundits joked about Hunter Biden being involved.

Most of the claims were fairly vague because there was so little to actually go on. But because the Bidens, who the far-right sees as an international crime syndicate, were involved; the claims didn’t need to be more than exclamations of things like “WTF??” and “Suspicious!” to get a rumor mill churning.

Even as more details emerged, such as the cars being rented by the Secret Service and the Bidens never setting foot in any of them, the story continued spreading.

Virtually every major political influencer or media outlet, left or right, shared the story. Their tweets and stories usually came with proclamations of how bizarre it was and were accompanied by adjectives like “suspicious” or “mysteriously”—which it was, because cars aren’t supposed to “explode” or “burst into flames” on their own.

And anything that involves the president later catching fire is something to take seriously.

Fortunately, there are people whose job it is to take mysterious fires seriously, and not just spread rumors about them online. In this case, the Nantucket Fire Chief Michael Cranson investigated the blaze, in which nobody was hurt, and quickly declared that despite appearances, the fire wasn’t out of the ordinary or particularly suspicious.

While the official cause of the fire hasn’t been determined yet, both the Secret Service and local investigators zeroed in on a Ford Expedition, one of the cars rented by the president’s protection, as a likely source.

It’s not surprising the Secret Service used a rental service, as it regularly rents vehicles in locations where the president is traveling or routinely stays.

But the type of vehicle they rented does raise eyebrows. It is already being under recall for issues with its battery junction box catching fire, and the vehicle in question hadn’t been repaired yet, meaning it may have actually been against the law for the car to be made available for rental.

Vehicle fires can spread quickly, and with cars packed tightly in a lot, it’s not a surprise that an early morning blaze could damage so many so quickly. It’s actually lucky that the fire wasn’t worse, because it came within 40 feet of jet fuel tanks that could have exploded and caused serious casualties.

So what about all the other rumors? Most of them can quickly be swatted away with a little logic.

The Bidens never were in any of these cars and had left the island the day before, meaning any “assassination attempt” was pure fantasy.

And the cars didn’t simply burst into flames in five separate incidents, they were all clustered together and clearly all burned at the same time. Beyond that, the cars weren’t completely destroyed, even though it’s likely none will be drivable again.

Instead, footage clearly shows that either their front or back ends were destroyed—leaving the trunks and cabins, where any “evidence” might be, mostly intact.

And any such “evidence” would no doubt be found in the course of investigating the fire—which makes setting a fire in public, rather than doing any such destruction in private, an even worse idea.

And what was this “evidence” supposed to be?

But it didn’t matter, because raising suspicion of the Bidens is the only real purpose of sharing the story.

Like so many barely-there political plots of the last few years, it was simply a matter of taking an incident that was unusual but nowhere near unprecedented and turning it into a vast, but extremely undefined conspiracy.