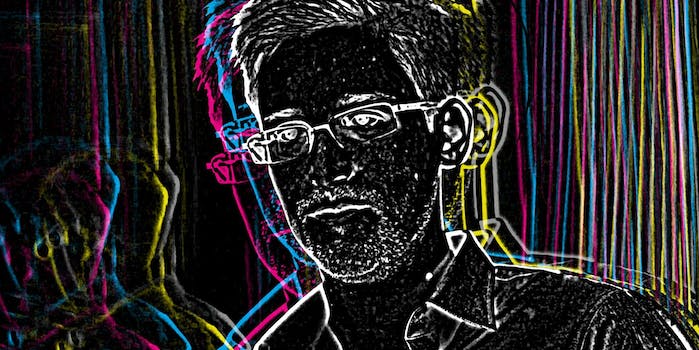 Whatever you do, don't use the Wi-Fi.

At 10 a.m. Friday in New York City, the tenth biennial Hackers On Planet Earth conference will commence. From all around the world, hackers, phreaks, trolls, researchers, writers, filmmakers, neckbeards, that guy who looks like a federal agent, other Internet weirdos, and people who, for some reason, refer to themselves as “techies,” will all converge at Manhattan’s Hotel Pennsylvania.

Thanks to HOPE’s foremost sponsor, 2600: The Hacker Quarterly, attendees will come together for a weekend of seminars, art, films, panels, robots, talks with experts, talks with robots, lockpicking, art, and, of course, plenty of serious Internet business.

It goes without saying this event requires a keynote speaker with the appropriate gravitas. Thankfully, Daniel Ellsberg, one of the most-important American whistleblowers of all time, will be attending to fulfill this duty. He will be immediately followed by a special guest speaker, whose identity was concealed until very recently, even as the Internet collectively agreed, “Well, it’s obviously Edward Snowden.”

Indeed, following Ellsberg’s speech, Snowden will be conversing with HOPE X attendees by remote link from his banishment in Russia. At least, he’s supposed to. “Even at this stage, we wouldn’t be surprised at mysterious service outages,” HOPE’s organizers warned, “but we believe the hacker spirit will trump the unprecedented might of the world’s surveillance powers.” As do we, friends. As do we.

Snowden and Ellsberg won’t be the only whistleblowers in attendance. On Friday, Thomas Drake, a former senior National Security Agency (NSA) official responsible for exposing widespread corruption in the agency (and suffered a shameful backlash for his efforts) will be joined by Vivien Weisman, director of the upcoming film The Hacker Wars, for a conversation about the “confluence of hacktivism and whistleblowing.”

As you can guess, many talks at this year’s conference aim to provide new tools for users to protect themselves against the U.S. government’s mass-surveillance monster, which we imagine personified as some type of giant Cthulhu-esque cephalopod—come to think of it, so does the U.S. government:

Whether you’re a law-abiding citizen with absolutely nothing to hide, or a drug-smuggling outlaw wanted by the Drug Enforcement Agency, nobody likes the idea of private companies or the police surreptitiously monitoring their daily activities. So, if you’re not into being watched, stop by and talk to Matt Blaze, who wants to teach you something about countersurveillance. You might also try Christopher Soghoian, the American Civil Liberty Union’s (ACLU) principal technologist, who’s speaking on “privacy enhancing technologies” that make “bulk surveillance impossible.”

Attendees will also be treated to “a public rant about hacker culture and why it has to be saved from itself,” have plenty of opportunities to master your (or someone else’s) iOS operating system, become a Freedom of Information Act terrorist, and watch a “post-apocalyptic science fiction nerd agitprop comedy” about the world’s last two remaining superpowers—China and Google.

But even this is just the beginning! To see the full list of speakers, projects, attractions and workshops, visit the official HOPE X website here.

If you’re attending and happen to notice any of our reporters roaming aimlessly, please usher them back to our booth in the vendor hall, and do not try feeding them, even if they try to offer you some dope swag.

And if you won’t be joining us, never fear. You can sit back and enjoy our loads of glorious coverage from the comfort of your very own parent’s basement.