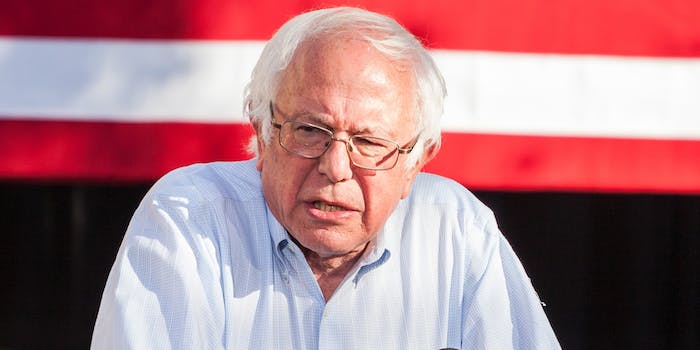 It’s time for another round of post-election “I told you so.”

Former surrogates of Sen. Bernie Sanders (I-Vt.) tell the Daily Beast they’re livid about the decisions of Democratic nominee Hillary Clinton‘s campaign in the final days of the election. Namely, that Clinton’s staff ignored repeated advice to address free trade and other policies central to Sanders voters—who are likely among those who ultimately stayed home on Election Night.

Nomiki Konst, a progressive activist who served on the Democratic National Committee’s platform committee this year, said that Clinton’s team also ignored advice to throw additional resources into Wisconsin, Michigan, and Pennsylvania, the three states that ultimately cost Clinton the election by fewer than 80,000 votes combined.

“They fucking ignored us on all these [three] battleground states [while] we were sounding the alarm for months,” Konst told the Daily Beast. “We kept saying to each other like, ‘What the fuck, why are they just blowing us off? They need these voters more than anybody.’”

According to Konst, Sanders’ people met with Clinton’s team during the Democratic National Convention and offered up “strategy memos, lists of hardened state organizers, timelines, data,” and more for the purpose of preventing Donald Trump from seizing the White House. Sanders delegates also pitched rallies with both Sanders and Clinton in attendance in states “such as Pennsylvania and Michigan.” Senior Clinton staffers allegedly agreed to follow up, but they never did.

Read the full report at the Daily Beast.