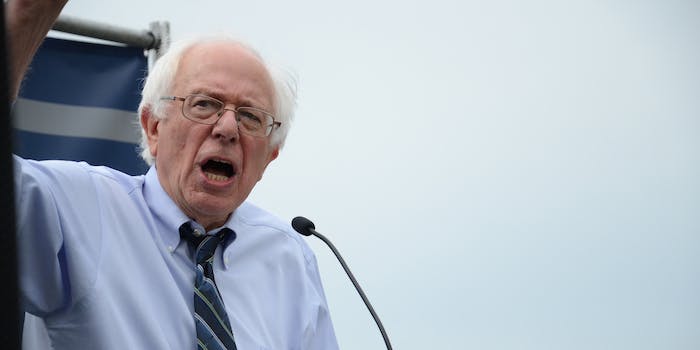 Running up against the seemingly unstoppable Hillary Clinton campaign machine, Democratic presidential candidate Sen. Bernie Sanders (I-Vt.) is turning to a group of campaign tech gurus who once helped another long-shot candidate triumph over Clinton.

Sanders, the self-described “democratic socialist” senator from Vermont, has hired Revolution Messaging, a digital campaign firm run by Scott Goodstein, to manage his online presence. Goodstein made a name for himself in 2008 by developing social media strategies for Barack Obama‘s presidential campaign.

In hiring some of the people who powered Obama’s digital dominance, it’s clear that Sanders hopes to recreate the success that candidate Obama had raking in a vast number of small donations from average voters.

In 2008, the Obama campaign, which at first seemed like a long-shot bid against the supposed inevitability of a Clinton nomination, was able to shatter online fundraising records, creating a new model for raising campaign funds through the Internet. In doing so, Obama hauled in enough money to outlast Clinton in a close primary race before winning a solid victory over Sen. John McCain (R-Ariz.) in the general election.

For a politician like Sanders, who has positioned himself as a leftist alternative to the more centrist Clinton, the appeal of avoiding political indebtedness to large donors and special-interest groups is surely irresistible. In his announcement speech last week, Sanders said he didn’t plan to form a “super PAC,” a type of fundraising committee that allows campaigns to take in unlimited political donations.

Sanders raised $3 million in the first four days of his campaign, averaging $43 per donation from a total of more than 75,000 contributions.

“The campaign will bring together millions of Americans who are sick and tired of the economic and political status quo and want fundamental change in how we do economics and politics in this country,” Sanders campaign adviser Tad Devine told the Post.

Not to be outdone, Clinton herself is drawing heavily from the same pool of campaign talent that led Obama to two presidential victories. The former senator and secretary of State has already hired Teddy Goff, the digital director for Obama’s 2012 re-election campaign.