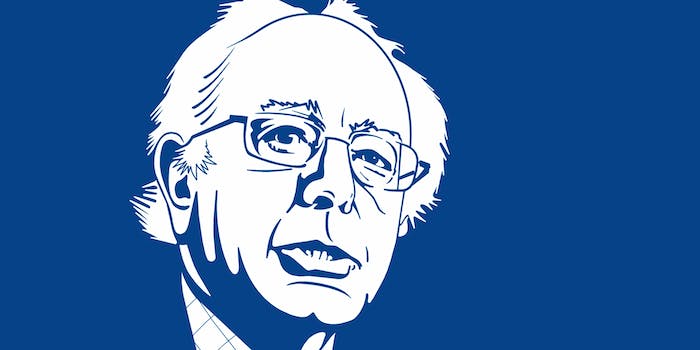 Does the fact that he's an occasional redditor affect his chances?

Bernie Sanders, the self-described “democratic socialist” senator from Vermont, is running for president in 2016.

An independent in the Senate, he’s functionally close to being a Democrat, and he is running for president on that ticket, people close to his campaign told the Associated Press.

Sanders is widely believed to by the closest thing to a liberal challenger to Hillary Clinton, a former secretary of state and senator from New York. He’s a longstanding opponent of unnamed campaign contributions, something that Clinton has profited enormously from, even though she claims removing big money from politics is also a priority for her, too.

The two Democratic hopefuls even humanized their candidacies on social media Thursday, with Sanders announcing his candidacy on a new Reddit account (he already had one he’d used in previous AMA interviews) on a forum created by his supporters, and with Hillary tweeting a welcome message to Sanders.

I agree with Bernie. Focus must be on helping America's middle class. GOP would hold them back. I welcome him to the race. –H

Sanders even responded with a light jab on campaign finance reform.

Thanks @HillaryClinton. Looking forward to debating the big issues: income inequality, climate change & getting big money out of politics.

Of course, Clinton holds a commanding lead over all candidates, including Republicans. But as we all know, she’s not exactly a stranger to being upset by an idealistic Democratic challenger who focuses on the middle class.