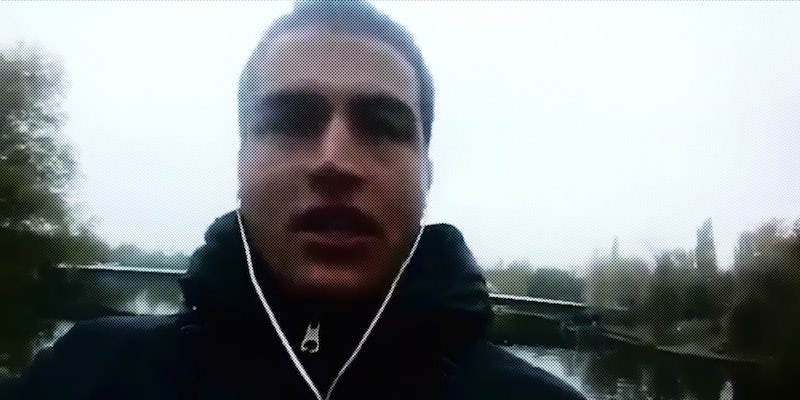 The manhunt for Anis Amri, the Tunisian man believed to be behind Monday’s terror attack on a Christmas market in Berlin, came to an end early Friday morning when he was shot and killed by Italian police in Milan.

Amri was stopped in a routine check and asked for identification papers. Instead, the suspect drew a gun, causing a brief shootout in which one of the officers was injured and Amri was killed. Local law enforcement was then able to identify that the individual was the suspected terrorist.

“At the moment he was stopped, the man without hesitating took a pistol out of his rucksack and shot the police. … [T]he patrol immediately responded to the shooting. A police officer, Cristian Movio, was injured but fortunately he is recovering in hospital,” said the Italian interior minister, Marco Minniti.

“The man killed was without a shadow of doubt Anis Amri,” he confirmed.

In a public address, German Chancellor Angela Merkel told reporters, “We can be relieved that one acute threat has come to an end but the threat that comes from terrorism—that is a general threat—continues.”

The so-called Islamic State released a statement as news of the terrorist’s death was published online. The group praised the attack and released a video in which Amri pledges allegiance to Islamic State leader Abu Baker al-Baghdadi. It’s not clear when he recorded the video, but the 24-year-old claims in the video that his attack “sends a message to the Crusaders who bomb Muslims every day.”

“We came to slaughter you pigs,” Amri said.

Five days earlier, on Monday, Amri is believed to have hijacked a delivery truck in Berlin, murdered the Polish driver, and smashed the 19-ton vehicle at high speed through a holiday market. At least 12 people were killed and 49 injured. Amri escaped the scene before he could be apprehended.

By midnight Tuesday, a warrant had been issued for his arrest after his fingerprints were found in the truck’s cab. A Europe-wide alert was set out. While German police efforts were focused on the area of Berlin where it was believed that Amri had been living, it is possible that the suspect had already left the city—although reports have surfaced that he was given refuge on Monday night in a local Berlin mosque.

A train ticket that Italian police have recovered from Amri’s body shows that he had traveled to Chambéry in France, then on to Turin before arriving in Milan at 1am Friday morning. The shootout with police occurred on the outskirts of the city at around 3am.

German authorities are still investigating the extremist network that Amri is thought to have been a part of. Law enforcement arrested two Islamist preachers after the attack, including Abu Walaa known as “the preacher without a face,” who was himself arrested in November over links to ISIS. He is believed to be at the center of the network that helped equip and radicalize Amri.

“We want to investigate how he managed to get to Milan and whether he had any assistance or accomplices. We will look at what contacts he made in the preparation of the attack—people who may have supported him with money and aided him in the escape,” explained German federal prosecutor Peter Frank, who is managing the investigation team. “We need to establish whether there was a network of accomplices. That is the focal point of our investigation.”

Meanwhile, right-wing and populist politicians from across the Europe, like Holland’s Geert Wilders and Britain’s Nigel Farage, have used the incident as an opportunity to call for the closure of borders and criticize the European Union’s freedom-of-movement arrangement, which allows people to freely travel between E.U. countries.

“This escapade in at least two or three countries is symptomatic of the total security catastrophe that is the Schengen agreement,” said France’s Marine Le Pen, leader of the Front National and 2017 presidential candidate. “I reiterate my pledge to give back France full control of its sovereignty, its national borders, and to put an end to the consequences of the Schengen agreement.”

If the man shot in Milan is the Berlin killer, then the Schengen Area is proven to be a risk to public safety. It must go.