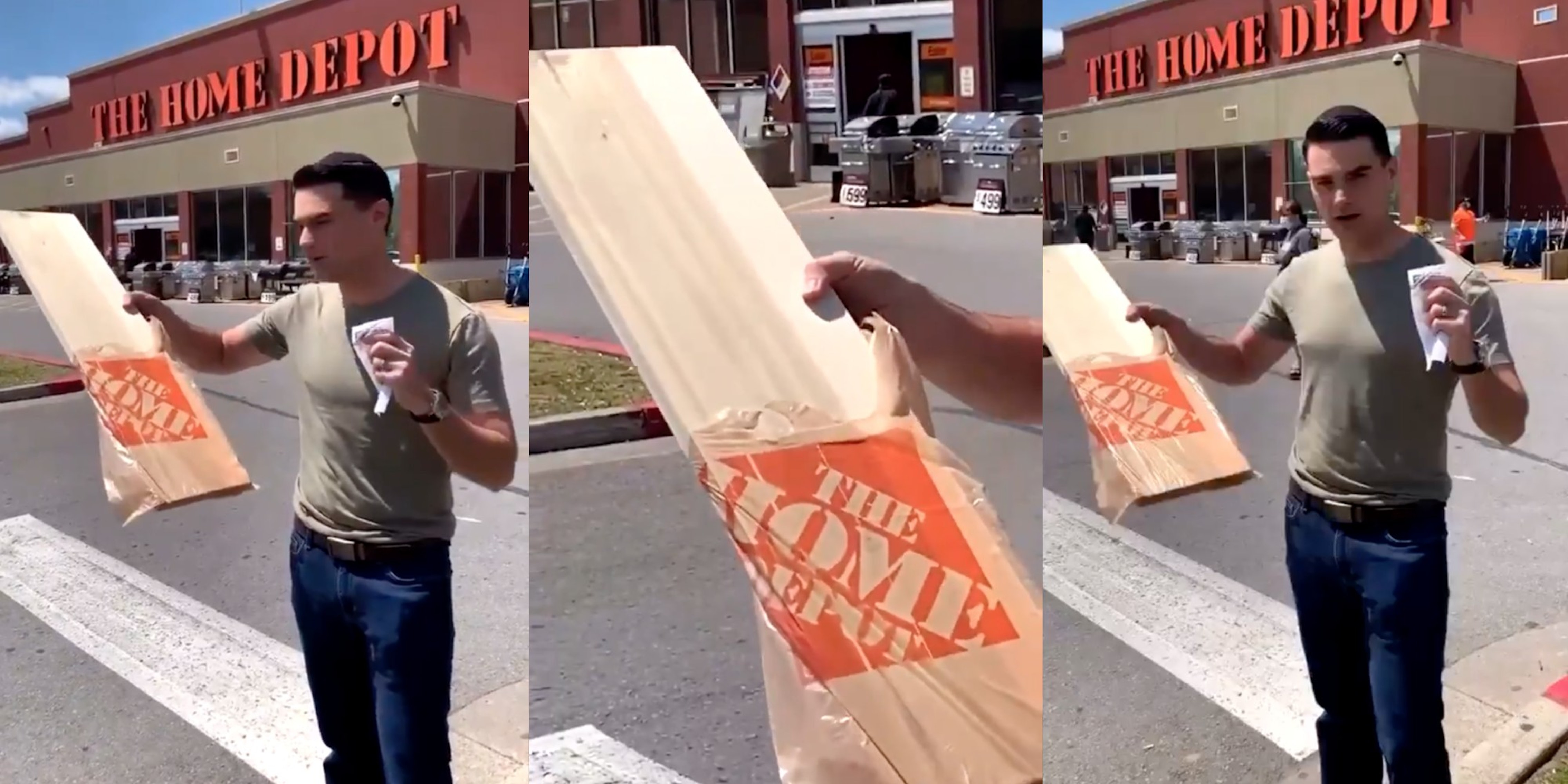 'Ben Shapiro spent $2.50 at Home Depot to accidentally own himself instead of the libs.'

Conservative commentator Ben Shapiro is being widely mocked on social media after purchasing a single piece of wood from Home Depot.

In response to calls from left-wing activists to boycott the company over its apolitical stance toward Georgia’s new voting law, Shapiro opted to make a purchase from the hardware store in a show of support.

“As you can see, I just went shopping at Home Depot,” Shapiro says. “You should do the same. This wood, this board, this magnificent piece of poplar is now mine.”

Democrats argue that the law represents nothing more than voter suppression, while Republicans allege that the aim is to secure future elections.

While some major organizations such as Coca-Cola and Major League Baseball (MLB) have been vocal in their opposition, Home Depot, which was founded in Georgia, declined to do so.

In a statement on the law, Home Depot said it believes “all elections should be accessible, fair and secure and support broad voter participation” and that it will “continue to work to ensure our associates in Georgia and across the country have the information and resources to vote.”

But the company’s refusal to outright condemn the law has drawn the ire of many on the political left, leading to calls for a boycott.

While Shapiro’s display was clearly meant to draw support for the retail giant, most couldn’t help but poke fun at the absurdity of his purchase.

Aside from the strange fact that Shapiro opted to buy a single piece of wood, the fact that he placed it into a bag prompted even more people to scratch their heads.

“Yes I would like one wood please and can you bag it up for me,” @BrianMFloyd jokingly said in an impression of Shapiro.

Others questioned what exactly Shapiro would do with his newly-owned slab of wood.

“I heard he built a shelf once; only took him 842 visits to Home Depot to complete,” @QuarantinedCoof added.

The bizarre video, as well as the underlying political issue, ultimately led the term “Home Depot” to become a trending topic on Twitter throughout the day on Thursday.

“Ben Shapiro spent $2.50 at Home Depot to accidentally own himself instead of the libs,” @Angry_Staffer wrote.

In another video made outside of Home Depot, Shapiro applauds the company for staying out of the issue and refusing to cave to the “woke left.”