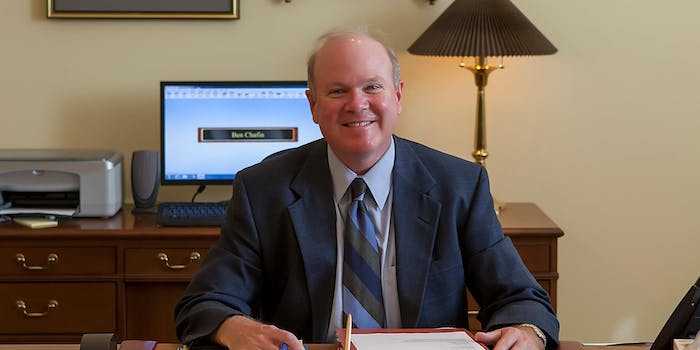 The 60-year-old lawmaker was seen throughout 2020 ignoring social distancing guidelines.

The 60-year-old lawmaker, who served Virginia’s 38th District, was seen throughout 2020 ignoring social distancing guidelines despite the ongoing pandemic.

As noted in multiple posts across Twitter, Chafin mingled with everyone, from his constituents and local law enforcement to President Donald Trump.

“Rest in peace Virginia Senator Ben Chafin, a man who by the looks of it did not wear a mask at social gatherings,” @DBattisto16 said.

Chafin also appeared to like a Facebook comment in which one of his followers called into question the state’s mask mandate. The senator was also vocally opposed to the closure of churches, even though such gatherings have been a vector for spreading the virus.

Others weighed in on the legislator’s passing as well in an attempt to highlight the importance of face coverings and other health guidelines.

“I might have more sympathy for these people if they were only putting their own lives in danger, but they aren’t,” @BeingHelpish wrote. “They are also creating a nightmare situation for healthcare workers.”

While some argued that he may have been assassinated by the Chinese government, others, without a shred of self-awareness, questioned why it seemed that only Republican lawmakers were dying.

Democratic Gov. Ralph Northam also weighed in on Chafin’s passing, calling the senator a “strong advocate” and “a good man.”

“I knew Ben as a lawmaker, an attorney, a banker, and a farmer raising beef cattle in Moccasin Valley, working the land just as generations of his family had done before him,” Northam wrote. “He loved the outdoors, and he loved serving people even more. He pushed hard to bring jobs and investment to his district, and I will always be grateful for his courageous vote to expand health care for people who need it.”

After Congressman-elect Luke Letlow died of coronavirus complications on Dec. 29, his maskless campaign events were likewise dredged up by critics online.

Chafin, who spent a week in the hospital before passing away, is survived by his wife, their three children, as well as his sister and grandchildren.