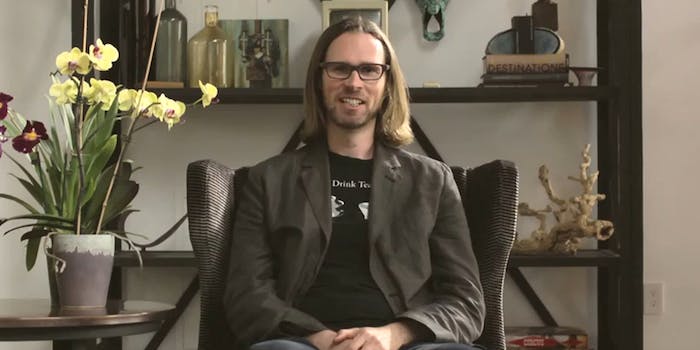 The new owners of Bebo—the fallen social network that sold to AOL for $850 million in 2008—are planning the site's comeback.

The new owners of Bebo—the fallen social network that sold to AOL for $850 million in 2008—are planning the site’s comeback. Apparently, they hope to leave the community’s penchant for penis drawings in the past.

A video posted on Bebo’s website takes a brief look at where the site’s been, but is scant on where the community’s going. Michael Birch, who founded Bebo with his wife, Xochi, in 2005, teased users over the garbage personality tests and poor grammar that plagued the site until now.

Bebo sold to AOL when it had tens of millions of users. The site was especially popular in the U.K. and Ireland. However, perhaps the most significant thing AOL got for its purchase was a lot of dick drawings on Bebo’s whiteboard tool.

Bebo lost ground to Facebook and Twitter, and AOL sold the social network for less than $10 million in 2010. The hedge fund operator that owned Bebo filed for Chapter 11 bankruptcy protection in May amid claims of mismanagement, and the Birches swooped in to reclaim their creation for just $1 million.

Given the Birches made about $595 million from Bebo’s sale, their attempt at reviving the community seems to come at a low cost to them. However, the approximately 3 million current users are paying a high price: All the content they’ve shared on Bebo will be removed.

im so sad about bebo. nobody will get it…but i had a lot of stuff on there that i loved and wanted to keep forever and its all gone :(

Users can download their photos and blog posts in a few months, but will lose their friend lists (users, particularly those who roleplayed on Bebo, are already trying to reconnect elsewhere) and other data. Presumably, the overhaul means the million-plus dick drawings on the site are gone too.

For those who sign up for early access to the new Bebo, the placeholder site has a version of the whiteboard that visitors can use to submit drawings. The Tumblr hosting a selection of doodles dedicated to the old Bebo is, unsurprisingly, full of penis drawings.