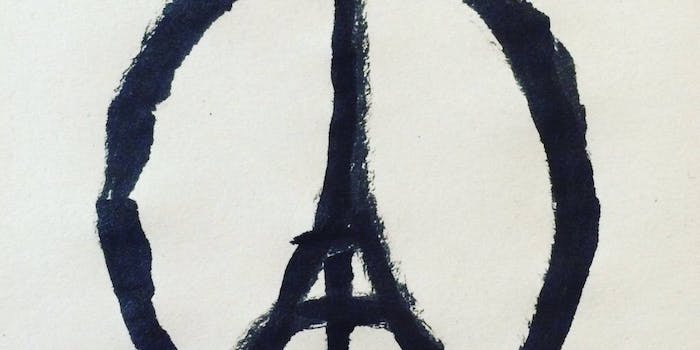 The world rallies for the people of France.

Immediately after 129 people we killed in terror attacks on Paris, France, the French-born and London-based graphic designer Jean Jullien posted a piece of new art titled “Peace for Paris.”

In the hours after the attack, the image has been reposted tens of thousands of times and climbing all over social media.

Due to a fan re-posting the image, there is a misconception that the England-based graffiti artist Banksy was behind the image.

You can find more about Jean Jullien at his website.