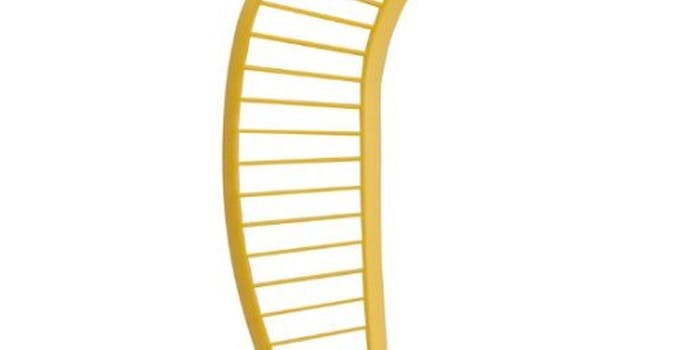 Can this banana slicer save your marriage?

The Hutzler 571 Banana Slicer has racked up more than 70 raving reviews on Amazon.

It’s been called perfect, a life changer, the greatest thing since sliced bread. It’s the Hutzler 571 Banana Slicer, and it’s apparently something that you need to have.

At least that’s what the people on Amazon have to say about the ribbed yellow device, which slices whole bananas into little saucers and discs that you can then put into your cereal or fruit salad. The jokers at Cosby Sweaters came upon this thing today, and I’d unfortunately not read about it until after I’d taken knife to fruit and cut up my product of monocarpic flowering plant the same way I have every morning since I turned 16.

More impressive than the actual slicer—really, it’s one of several unique-to-its-fruit fruit slicers selling for less than $10 on Amazon today—is the way in which the Amazon community’s responded to the thing.

Upwards of 500 people have taken the time to log in to Amazon and file their feelings on the Hutzler 571. And though 74 people have been so vile as to offer it one single, solitary star—”There is no way to tell if this is a standard or metric banana slicer,” griped Amazon reviewer Q-Tip, who’s offered his take on more than 160 products purchased through the humongous online retail shop—the resounding majority of reviews have been positive.

276 people have given the Hutzler 571 Banana Slicer five-star reviews to date, with many coming just a few keystrokes away from declaring this sucker the second savior and casting out all impostor fruits altogether.

But are these reviews legit? Could someone ever love a banana slicer so much that it hurts—so much that they’re willing to risk their own marriage for the sake of the slicer? Almost impossible. It’s something we’d like to look into. In the meantime, have a laugh over the sheer ridiculousness that is a slicer dedicating to chopping up something that’s quite malleable and you could probably break with the broad side of a butter knife.

All those and more—and banana slicers for $4.98!—available for sale and amusement right over here.