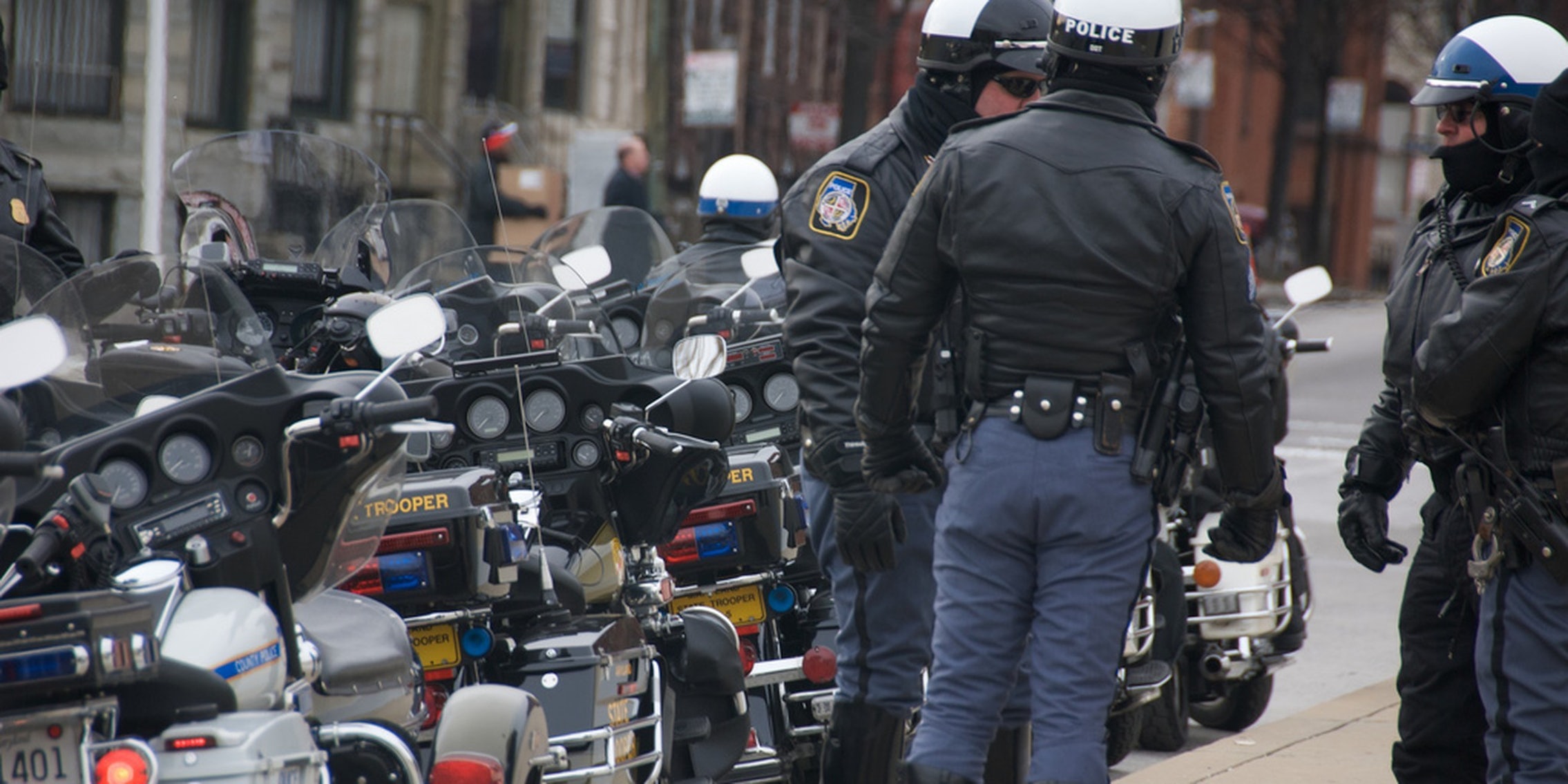 Periscope’s livestreaming revolution is nowhere to be found in Baltimore

Look to Vine, not Periscope, for news out of Baltimore.

Periscope and Meerkat are designed to help people capture nearby events in real time, from concerts to sporting events to protests. Meerkat describes it as “spontaneous togetherness.”

These livestreaming applications launched after protests rocked Ferguson, Mo.; New York City; and other parts of the U.S. In each case, police brutality sparked massive demonstrations, with protesters railing against the murders of unarmed black men.

Many people expected that these apps would revolutionize the way citizens and journalists chronicled major news events from up close. Twitter—to which both Meerkat and Periscope connect for publicizing one’s livestreams—is already the best place to find photos, videos, and messages from breaking news events.

Social media documents these experiences in what has been called a “global town square.” It was expected that Periscope and Meerkat would immediately become a key part of this documentation by adding an additional layer of real-time information that can be streamed directly from a mobile device.

But in Baltimore this week, where protests began after an African-American man named Freddie Gray died in police custody, Periscope and Meerkat are conspicuously absent from the deluge of social media posts.

One of the few reporters to rely heavily on Periscope to livestream from Baltimore was the Guardian’s Paul Lewis, who used his phone to relay news to viewers in other parts of the world. At its peak, Lewis’ Periscope feed had 1,882 live viewers; 23,906 people have replayed it since it concluded.

To Twitter-owned Periscope’s credit, the company is featuring Lewis’ stream before it expires in eight hours, meaning that anyone who logs into Periscope will see it, whether or not they follow Lewis.

These few journalists aside, neither Periscope or Meerkat seems to have caught on with regular citizens. Instead, they’re relying on Vine, Instagram, and Twitter’s built-in video service to record and share their activities.

The benefit of these other services over the livestreaming apps is that recorded videos don’t expire and can be shared on mobile and desktop platforms.

What they don't show you on television though. Don't let media brainwash you #BlackLivesMatter https://t.co/F9xH9VeudK

The media did a masterful job hyping Periscope and Meerkat, particularly in mid-March during South by Southwest, a technology festival that tries to spotlight breakout startup companies that are changing how people communicate. Meerkat was wildly popular in tech circles—everyone from venture capitalists to journalists to startup founders was testing it out—until Twitter acquired Periscope and launched the application.

Now that both apps have established themselves, it’s clear that their core user base is in small bubbles like Silicon Valley or New York, cities full of journalists who prize the apps for their reporting value.

At one point, Periscope appeared to be on the cusp of gaining a mainstream audience. The Ellen Show tweeted a Periscope video with celebrities playing rock-paper-scissors on April 1. According to data from analytics firm Topsy, people tweeted about Periscope more on that day than on any other day.

The end of March and beginning of April also coincided with a Periscope trend: “Fridging.” People livestreamed the contents of their refrigerators. Yes, that’s all it was.

Since peak fridging, interest in the livestreaming apps appears to have waned. Topsy data suggests that since The Ellen Show’s Periscope tweet was shared over 28,000 times, Periscope tweets have barely broken 15,000 shares on a single day. Meerkat is seeing even less interest: Peak Meerkat in the last month sits far lower, at just over 10,000 shares for the best-performing Meerkat tweet.

On April 27, the night of the most chaotic Baltimore protests yet, the most popular Periscope tweet was from Mashable, promoting the company’s interview with Mariah Carey. Meerkat’s best tweet that day was about marketing.

Topsy doesn’t break down its data by geographic location, so it’s hard to compare the entire Twitterverse to just the city of Baltimore. But considering that the most popular livestreaming tweet at the height of the protests was about celebrity-focused entertainment, it’s safe to say that Meerkat and Periscope haven’t quite lived up to the hype of being go-to sources of real-time news in conflict areas or protest zones.

An analysis of Twitter and Topsy data suggests that Meerkat and Periscope haven’t escaped the tech bubble just yet. The average person on the street in the middle of a protest or riot isn’t going to livestream what he or she is seeing. Those sights and sounds will continue to be uploaded to Vine, Instagram, Twitter, social channels already popular among the masses—and, most importantly, their friends and family.