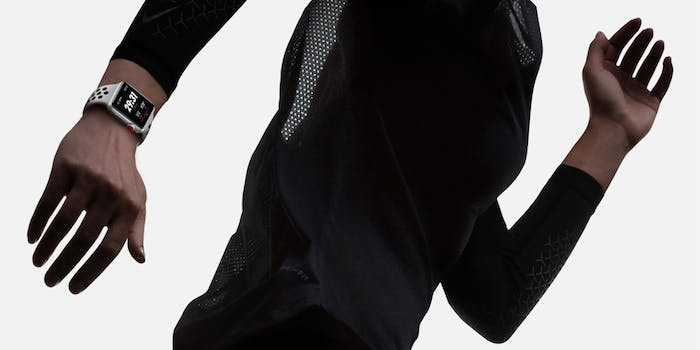 The Apple Watch may be the world's most popular watch.

Apple has successfully dominated yet another industry. According to the latest estimates, Apple Watch sales have now topped sales of many of the world’s top watch brands. In fact, Apple Watch sales bested the entire Swiss watch industry in the fourth quarter last year.

In comparing Apple Watch sales data collected by research firms Canalys and IDC with stats from the Swiss watch industry, it’s clear that Apple is now one of the top watchmakers in the world. Last quarter, Apple sold an estimated 8 million Apple Watches.

For the first time, #Apple shipped more Apple Watches in 4Q2017, than the entire Swiss Watch Industry shipped watches! Apple is the biggest watch maker in the world #AppleWatch pic.twitter.com/G6M6TJ7uO2

It should be noted, however, that Apple hasn’t revealed specific sales numbers for the Apple Watch itself. In its quarterly earnings calls, the Apple Watch still remains bundled into the company’s “Other” category, which obscures its exact sales and profit numbers. Thus, it is possible that these industry estimates could be off.

In the company’s most recent earnings call, Apple CEO Tim Cook did confirm that the Apple Watch is continuing to grow in sales and popularity. Cook said it was Apple’s “best quarter ever for the Apple Watch with over 50% growth in revenue and units for the fourth quarter in a row.”

Apple’s recent Apple Watch success may be largely due to the Series 3, which debuted in September. This newest Apple Watch model solves many of the pain points of earlier versions: It’s waterproof, includes built-in cellular and GPS, and has improved battery life. It’s also got some pretty great apps these days, such as Pokémon Go and even a Game Boy emulator. It is increasingly proving useful in a number of industries and applications. The Boston Red Sox, in fact, used the Apple Watch to learn and steal hand signals from opponents.

On top of that, the Apple Watch is proving to be a valuable tool in assessing and diagnosing heart-related health conditions such as diabetes, sleep apnea, and hypertension.

If you’re going to pay hundreds of dollars for a new watch, it may as well be one that connects with your phone, helps with your job, and may even save your life.