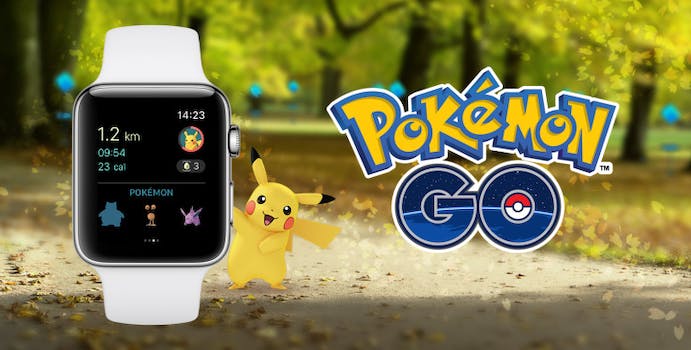 After first being released three months ago, Pokémon Go is finally available on the Apple Watch. Diehards of the game may be disappointed to know that it’s a limited version of the app, but regardless, it should help you look at your phone a little less while you’re playing.

The Apple Watch version of Pokémon Go, which we first saw previewed in September, is more of a complementary experience to the mobile app than a standalone replacement. The app can track your steps (activity which will count towards hatching Pokémon eEggs) and help you receive Candy. Perhaps most conveniently, the watch app gives you notifications on your wrist so you can quickly know whether there’s a nearby Pokémon lurking, if your eggs have hatched, or if you’re near a Pokéstop. It’ll also let you know if you’ve earned any medals. To actually catch a Pokémon, though, you’ll still need to whip your phone out of your pocket.

For those whose Pokémon Go-playing obsession has waned, perhaps this Apple Watch expansion will act as a catalyst for renewed monster-catching. All that extra step-taking incentive will certainly be appreciated once the holidays are done with, that’s for sure.