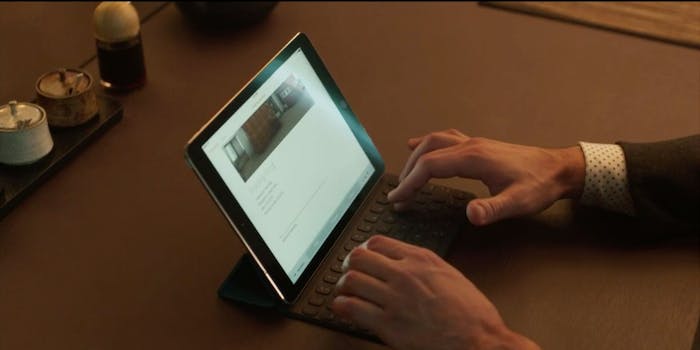 Apple’s newest iPad Pro is smaller, but just as powerful as the original

The iPhone isn’t the only device getting shrunk during Monday’s Apple event. A new model of the iPad Pro, scaling the device down to standard iPad size, was also introduced.

Though the iPad Pro has only been available since November, the device designed to occupy the middle ground between tablet and laptop is moving closer to strictly tablet sizing with its new 9.7-inch build—the standard for flagship Apple tablets since the introduction of the iPad in 2010. According to the company, over 200 million 9.7-inch iPads have been sold.

Much of the internals on the refreshed iPad Pro are the same as its larger predecessor—the A9X processor remains in tact. Apple claimed the chip provides the tablet with more graphical power than an Xbox 360 game console.

The screen on the new iPad Pro was showcased extensively during Apple’s event. The new Retina display offers 40 percent less reflectiveness than the iPad Air 2, and is the brightest screen available on a tablet. According to Apple’s senior vice president Phil Schiller, it’s the “best display we’ve ever built for an iPad.”

A new feature making its debut on the smaller iPad Pro is TrueTone display, which will reflect in the display the color of the environment it’s in to create a more natural lighting effect. Schiller compared the feature, which uses four-channel ambient light sensors, to how paper reflects light.

The iPad Pro also benefits from the inclusion of NightShift, an iOS 9.3 addition adjusts the color temperature of the display based on time and location a la f.lux.

Apple also included what it calls its “pro audio system” consisting of four speakers that pump out twice the audio volume than the iPad Air 2 can manage. As for the cameras, a 12MP iSight camera capable of recording video in 4K quality graces the back of the device while a 5MP FaceTime HD camera is found above the display. The iPad Pro makes uses of Retina Flash, which turns the screen itself into an impromptu flash function to add brightness to photos.

Apple is also introducing a new Smart Keyboard that will fit the smaller screen, as well as rolling out additional accessories like a Lightning-connected SD card reader.

It appears Apple’s aim with the new iPad Pro is to continue pulling users away form Windows devices. Schiller called the tablet the “ultimate PC replacement,” and pointed to the over 1 million apps designed specifically for iPad as a reason to make the jump.