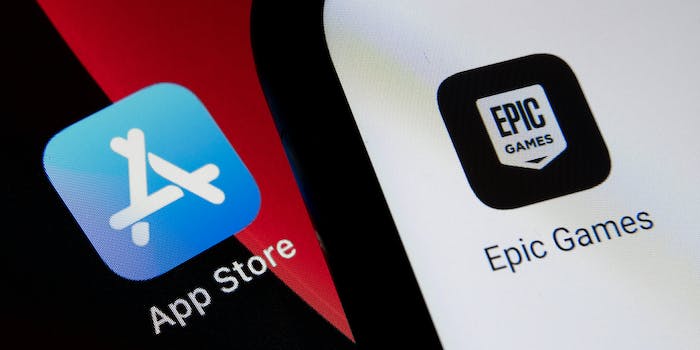 The judge put a stop to Apple's in-app payment system.

A federal judge in California ruled on Friday that Epic Games failed to prove that Apple was a monopoly. However, she barred Apple from forcing developers to use its in-app payment system.

The decision from Judge Yvonne Gonzalez Rogers stemmed from a lawsuit brought against Apple by Epic Games, the makers of the popular game Fortnite. It accused the tech giant of violating antitrust laws by forcing apps to use Apple’s payment systems. The suit was filed after Fortnite was kicked out of Apple’s app store in August of last year.

Gonzalez Rogers wrote in her decision on Friday that Apple “enjoys” a 55% market share, but that the court couldn’t “ultimately conclude that Apple is a monopolist under either federal or state antitrust laws.”

“The Court does not find that it is impossible; only that Epic Games failed in its burden to demonstrate that Apple is an illegal monopolist,” Gonzalez Rogers wrote.

However, the judge added that the trial did show that Apple was “engaging in anticompetitive conduct under California’s competition laws.”

In an injunction, Gonzalez Rogers ordered that Apple won’t be able to stop developers from using “external links, or other calls to action” that direct users to ways to pay that are different from Apple’s in-app purchasing.

According to the Verge, the ruling stated that Apple is permanently “restrained and enjoined from prohibiting developers from including in their apps and their metadata buttons, external links, or other calls to action that direct customers to purchasing mechanisms.”