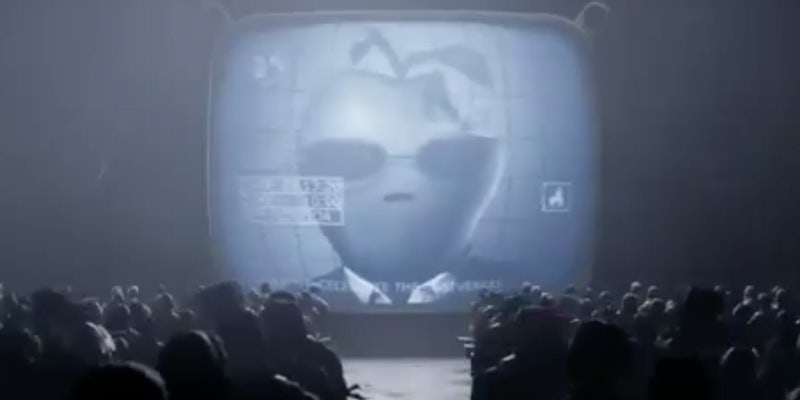 The company also filed an anti-trust lawsuit against the tech giant.

Epic Games has released a 1984 parody commercial after the company’s popular game Fortnite was removed from Apple’s App Store.

The incident began on Thursday when Epic Games introduced a payment system that would allow iOS and Android users to purchase in-game currency, known as V-Bucks, at a discounted price.

Prior to Thursday, Apple and Google would receive a percentage of every purchase, as per their app store policies. Epic Games began offering 1,000 V-Bucks directly to users for just $8 as opposed to the $10 it would cost when made through the two tech giants.

“By offering an alternate payment system, we’re not only offering players more choice, but we’re able to pass along the savings to players,” the company said.

Apple responded to the incident by removing Fortnite from the App Store.

In a statement to the Verge, Apple said that Epic Games openly violated its “guidelines regarding in-app payments that apply to every developer who sells digital goods or services.”

Epic Games, likely anticipating such a move, announced a lawsuit against Apple soon after.

The lawsuit describes Apple as a “behemoth seeking to control markets, block competition, and stifle innovation.”

“Apple is bigger, more powerful, more entrenched, and more pernicious than the monopolists of yesteryear,” the suit adds. “At a market cap of nearly $2 trillion, Apple’s size and reach far exceeds that of any technology monopolist in history.”

The video, a parody of the science fiction film based on George Orwell’s 1949 dystopian novel, shows characters from the game sitting in front of a large telescreen.

But instead of Big Brother, the screen displays an evil cartoon apple. A character from the game eventually approaches and destroys the screen.

A message from Epic Games then appears as the clip comes to an end.

Epic Games has defied the App Store Monopoly,” the message reads. “In retaliation, Apple is blocking Fortnite from a billion devices. Join the fight to stop 2020 from becoming ‘1984.”

The parody was made to perfectly resemble a commercial Apple released in 1984 when it first introduced the Macintosh personal computer.

Epic Games has since put up a page on its website explaining to users why the game is no longer available on the App Store as part of its #FreeFortnite campaign.