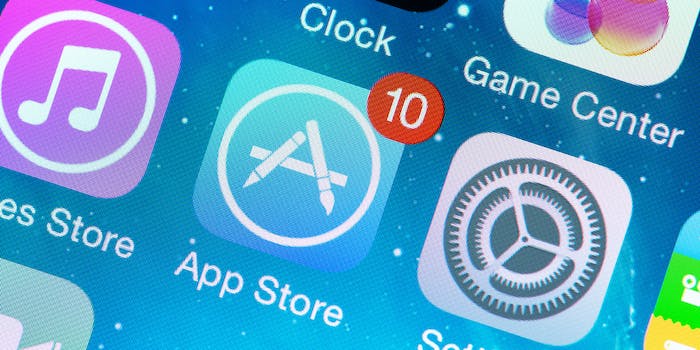 Apps could be sideloaded if the bill passes.

A new bill introduced by a trio of bipartisan senators seeks to shake up the “gatekeeper control” of app stores by big tech companies like Apple and Google.

Specifically, the bill would not allow companies like Apple and Google to force apps to use their in-app payment systems as a condition of having their apps on their app store. It would also prohibit big companies from stopping developers from telling app users about “legitimate business offers” like pricing terms.

The bill would also bar companies like Apple and Google from using “non-public business information derived from a third-party app” to compete with the app. It also would allow for apps to be sideloaded, or not have to be downloaded from an official app store.

The bill comes as antitrust sentiment continues to grow in Washington, D.C., specifically regarding big tech companies. Much of the focus has been at the Federal Trade Commission (FTC), but even President Joe Biden has weighed in over the last few weeks.

“This legislation will tear down coercive anticompetitive walls in the app economy, giving consumers more choices and smaller startup tech companies a fighting chance,” Blumenthal said in a statement. “For years, Apple and Google have squashed competitors and kept consumers in the dark—pocketing hefty windfalls while acting as supposedly benevolent gatekeepers of this multi-billion dollar market.”

Blumenthal told the Washington Post that he expects a companion bill to be introduced in the House of Representatives.

The bill also drew support from a wide array of consumer groups on both sides of the ideological spectrum including: Consumer Reports, the Internet Accountability Project, Public Citizen, Coalition for App Fairness, Color of Change, News Media Alliance, Public Knowledge, Lincoln Network, the Electronic Frontier Foundation, and others.

“The targeted market rules proposed in this legislation will help create an app ecosystem that is fairer and more competitive, and will enable unfettered innovation by all companies—big and small—to the benefit of consumers,” Sumit Sharma, a senior researcher, technology competition at Consumer Reports, said in a press release. “The legislation is crucial as smartphones have become central to our digital ecosystem, and apps are increasingly the primary mode for consumers to access online services.”