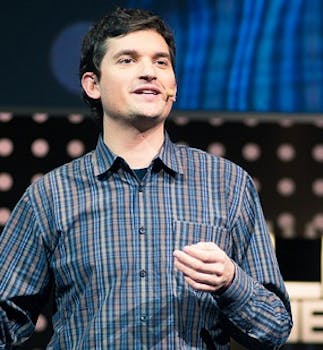 You'll still have to pay for the full range of features, but now you can try before you buy.

Let’s face it, most of us have been conditioned to expect Web services to be free.

Despite what scammers would have you believe, Twitter, Facebook et al don’t cost you a penny (at least at the base level) and that likely won’t change.

App.net, an upstart Twitter competitor billing itself as “what Twitter could have been,” tried a different tactic. When it launched last year, it required users to shell out $50 to sign up, as a way to deter the spam operations that had begun to run rampant on Twitter. It later dropped the subscription fee to $36.

Now the service has swung open the doors to those unwilling to pony up, adding the option to use App.net for free.

There are a few caveats. You won’t be able to use the App.net to the same extent that you would with the paid membership. Free account holders can only follow 40 people, utilize 500MB of file storage (paid members get 10GB), and have a 10MB cap per file upload. Oh, and you’ll need an invite from a paid App.net user.

Adopting a freemium model akin to that of Dropbox or Pandora is important to App.net’s growth. Granted, App.net says it doesn’t need millions of users to work—its fundraising campaign raised over $700,000—but it still needs to be a sustainable business. If people try out the free version, they might develop a greater understanding of the community and be more inclined to sign up for a paid account.

App.net emerged as Twitter began taking tighter control over its ecosystem. Twitter is forcing apps and clients (i.e. apps which mimic the core Twitter features of viewing your timeline, tweeting, following people etc) to switch over to a new version of its API, the tool developers use to hook into Twitter, so that tweets (and ads) are displayed more consistently.

Clients are also restricted to the number of users they can have, stopping clients like Tweetro for Windows 8 and Android’s Falcon Pro from gaining any more users.

App.net differs from Twitter in that it has a 256-character limit for posts and, crucially, doesn’t make its money from ads, meaning the service is not beholden to advertisers’ whims. Its CEO Dalton Caldwell also pledged to work closely with third-party developers.

There is no such thing as free. You’re always paying with something, and if you’re not handing over cash on the Web, you’re often giving up your personal information to advertisers who are trying to sell you things. Most services in recent years tried to gain as many users as they could before figuring out a viable business model.

App.net is trying something different, and a freemium model just might encourage more people to give it a go.

Photo of Dalton Caldwell by by LeWEB12/Flickr