The majority of the sites were back online within 24 hours.

Portuguese hacktivists under the umbrella of Anonymous have launched a campaign targeting the websites of the Angolan government in response to the jailing of 17 youth activists.

More than 80 websites affiliated with the government of President Jose Eduardo dos Santos were inoperable Wednesday evening, according to the Guardian, purportedly targeted in distributed denial-of-service (DDoS) attacks. By Thursday morning, however, only a few remained offline.

“Those who risk their [lives] for a better project of society deserve all our support!”

“Anonymous from all over the world join the struggle for democracy in Angola,” the group, PortugalAnon, said in a statement. “Those who risk their [lives] for a better project of society deserve all our support!”

The action follows the ruling of a court in Angola that sentenced 17 young activists to prison for rebelling against the dos Santos government. The activists were arrested last summer in the capital city of Luanda after organizing a public reading of From Dictatorship to Democracy: A Conceptual Framework for Liberation, by Gene Sharp, which is described as a “blueprint for non-violent resistance to repressive regimes.”

“The unjustifiable conviction and draconian sentences against these peaceful activists who should never have been detained at all demonstrate how Angolan authorities use the criminal justice system to silence dissenting views,” Deprose Muchena, Amnesty International’s Director for Southern Africa, said in a statement.

DDoS attacks, such as those allegedly employed by PortugalAnon, are not widely regarded as “computer hacking” due to the lack of required technical sophistication. “Noob-friendly,” browser-based DDoS platforms are commonly used by Anonymous-branded hacktivists because they permit virtually anyone with an Internet connection to take part in an “operation.”

Many large-scale DDoS attacks carried out by Anonymous, include those that rattled PayPal in December 2010, are accomplished with the aid of botnets—computers surreptitiously hijacked by malware.

The Portuguese hacktivists purportedly defaced at least two websites, however, which would have required an actual security breach of some kind. Website defacement stands a level above recent operations by Anonymous-affiliated hackers in the U.S., many of which are misleading and ineffective.

As of Thursday morning, the homepage of the two sites—neither of which appears to be government controlled—had been replaced with the following image: 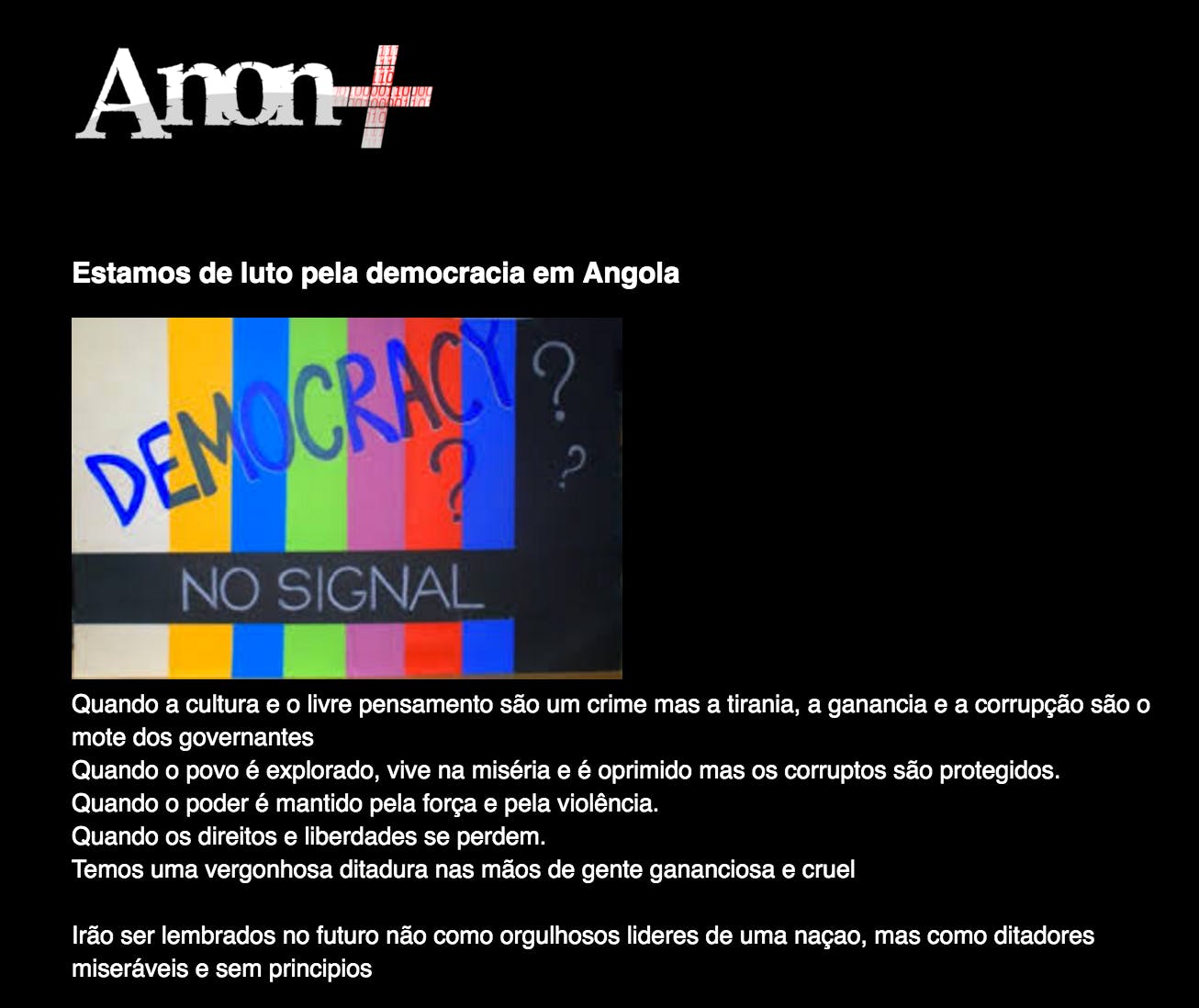 The Facebook page PortugalAnon additionally linked to what at first glance appears to be a user database from the website of O Meu Stand, which describes itself on Facebook as a “portal for buying and selling cars, motorcycles, boats, and parts.”

Photo via Tim Pierce/Flickr (CC by 2.0) | Remix by Max Fleishman