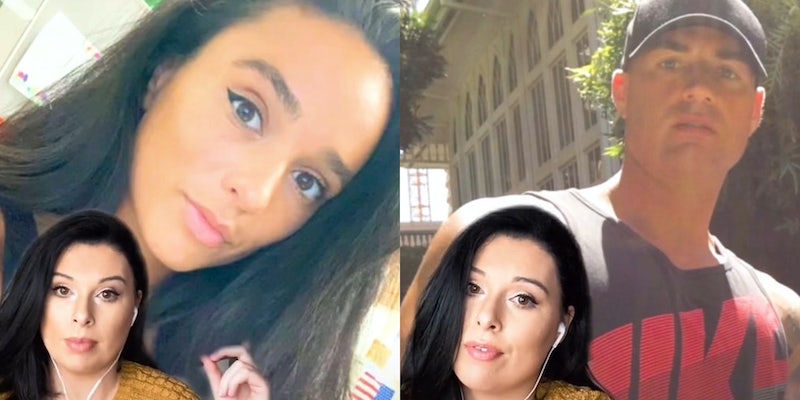 Police say the 31-year-old woman died of heat exposure during a hike with the officer.

A TikTok user says she believes that a “cover-up” is underway after her cousin was found dead while on a date with a police officer.

In a video posted last week, user @ashleytramonte details what she describes as suspicious circumstances surrounding the death of 31-year-old Angela Tramonte in late July.

Tramonte had traveled to Phoenix from her home in Boston after agreeing to meet up with Dario Dizdar, a Phoenix police officer who she’d been chatting with online.

Tramonte agreed to go hiking with Dizdar on Arizona’s Echo Canyon Trail and was found hours later. In her video on the incident, @ashleytramonte argues that Dizdar’s hiking request was suspicious given the extreme temperatures at the time.

“Angela and Dario started talking on Instagram for two months and then Angela flew from Boston to Arizona to meet him, where he felt that a hiking date was the best first date in 105-degree weather,” @ashleytramonte says.

Tramonte reportedly became overheated and was told by Dizdar to head back to the parking lot while he finished the hike. Upon returning to his vehicle, Dizdar was unable to locate Tramonte, although her possessions were in his car.

Tramonte’s body was later found by firefighters outside of a home near the trail. Authorities believe Tramonte may have been heading toward the home in order to get help. Police did not suspect foul play.

But @ashleytramonte also points to previous accusations of lying by Dizdar as well as questionable messages sent to Tramonte. Dizdar appears to have joked about putting women in his trunk prior to the pair’s first date.

Tramonte’s mother likewise referenced the messages and accused police of a cover-up in comments to Inside Edition after the death was ruled accidental.

“I feel like it’s a cover-up because he’s a police officer,” the mother said. “I don’t believe it.”

Although @ashleytramonte goes on to state that an autopsy report would not be released for another 90 days, the full autopsy was released on Thursday, per NBC 12. A medical examiner concluded that the death was accidental and the “result of environmental heat exposure.” A toxicology report found that Tramonte had “traces of amphetamine in her system,” per NBC 12, though her family maintains that’s because she had an Adderall prescription.

Questions still remain, however, due to remarks from Dizdar that appear to be contradictory. As noted by ABC 15, Dizdar told investigators that he was unfamiliar with the trail and had gotten lost on the hike. Yet a fire department spokesperson had previously been quoted as saying that Dizdar “was very familiar with this mountain” and that “he hikes it this time of day all the time from the top to the bottom.”

Fire officials later walked back the comment, stating that they had misunderstood Dizdar. But a park ranger came forward not long after to claim that Dizdar had told him that “he was a local and did this hike all the time.”

We’ve reached out to the Phoenix police about the recent, viral accusations from Tramonte’s family.