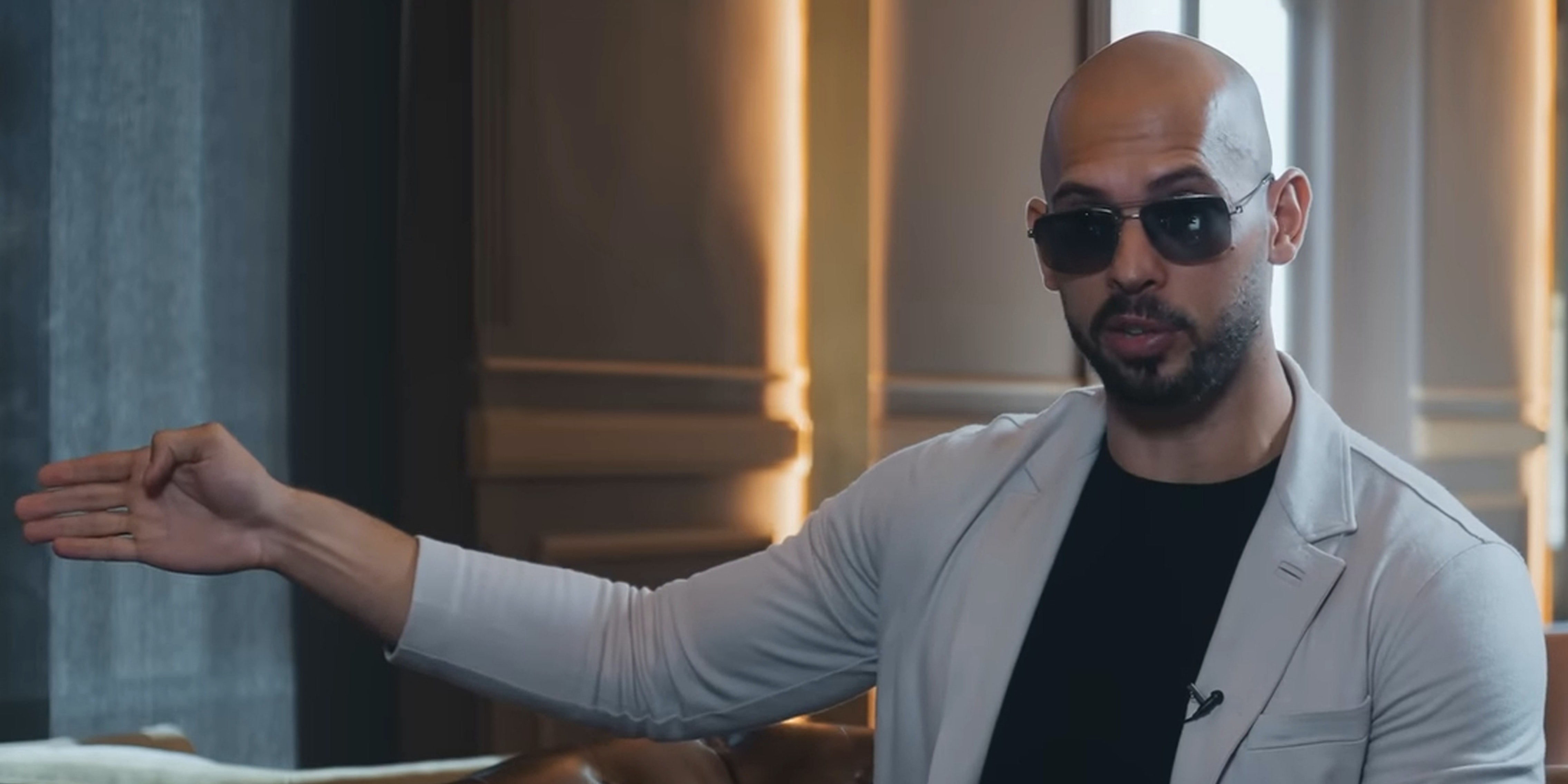 The claims have no evidence.

Supporters of Andrew Tate are blaming artificial intelligence (AI) for newly released voice notes in which the online influencer appears to admit to raping a woman.

The voice notes, as exclusively revealed by VICE on Wednesday, were provided by a woman who accused Tate of sexual assault in 2013. Although Tate was initially arrested in 2015 after the voice notes as well as WhatsApp messages were turned over to U.K. police, authorities ultimately declined to pursue charges.

“Am I a bad person? Because the more you didn’t like it, the more I enjoyed it,” Tate says in one voice note. “I fucking loved how much you hated it. It turned me on. Why am I like that?”

Despite the shocking audio, Tate’s supporters have been bending over backward to shift the blame.

In countless remarks across social media, followers of the influencer are claiming that the voice notes are illegitimate and were created by a computer.

“This is AI generated, it doesn’t prove anything,” one user wrote on Twitter.

“Why does this clip sound so automated?” another questioned. “It does not sound like natural speech at all…? The flow of it feels artificial.”

In response, many expressed shock at the fact that so many users were still attempting to defend Tate.

“Sad thing is there’s still people saying ‘this doesn’t sound like him it’s faked audio,’ no amount of evidence is enough for freaks like this even if there was video proof they’d find a way to defend him,” one user said.

Yet experts in the field of manipulated media say there’s no merit to the claim that the audio was created with AI. In comments to the Daily Dot, synthetic media expert Henry Ajder said that such denials have become increasingly commonplace.

“We’ve seen cries of ‘deepfake’ being used to dismiss inconvenient authentic media for some years now, particularly in circles supporting extremist views and conspiracy theories,” Ajder noted. “This concept, known as the liar’s dividend, relies on plausible deniability that any seemingly authentic digital media could now be AI-generated or a form of deepfake sabotage.”

Tate currently remains in custody after multiple appeals by his legal team to have him released were denied. Tate was recently reinstated on Twitter in the wake of billionaire Elon Musk’s acquisition of the platform after being banned for violating hate speech policies.

Authorities in Romania say they’ve identified at least six victims who were subjected to “acts of physical violence and mental coercion” on behalf of Tate and his associates. Prosecutors investigating the case have seized 15 luxury vehicles as well as 10 properties linked to Tate.

But even as more evidence comes forward, Tate’s legion of followers will almost certainly continue attempting to blame AI as the technology proliferates.

“It’s likely that the recent explosion in awareness of generative AI via tools like Stable Diffusion and Chat GPT will only further the persuasiveness of the liar’s dividend, particularly as synthetic outputs continue to become more realistic,” Ajder added.