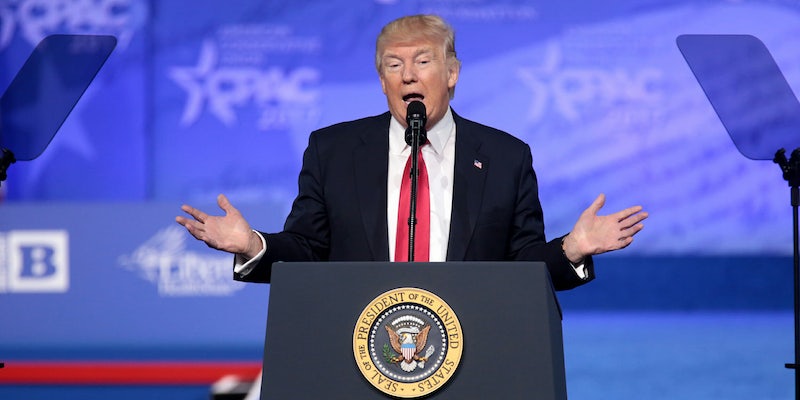 This may be the worst poll for President Trump yet.

A majority of Americans are embarrassed that Donald Trump is president of the United States, according to a newly released poll.

“It’s hard to pick what is the most alarming number in the troubling trail of new lows for President Donald Trump,” Tim Malloy, assistant director of the Quinnipiac University Poll, said in a statement announcing the poll results.

The other numbers compiled by Quinnipiac University also don’t paint a nice picture for Trump.

However, the poll did find that 58 percent of people found Trump to be “strong.”

Americans also had strong opinions about the growing probe into whether Russia colluded with members of the Trump campaign in an effort to sway the 2016 presidential election.

By a margin of 58 percent to 37 percent, Americans believe the president “attempted to derail or obstruct the investigation into the Russian interference in the 2016 election,” the poll found. Americans seem split on whether or not Trump specifically did something illegal: 30 percent of voters think illegality was involved with the election while another 30 percent of people think he did something unethical.

You can read more about Quinnipiac’s findings here.