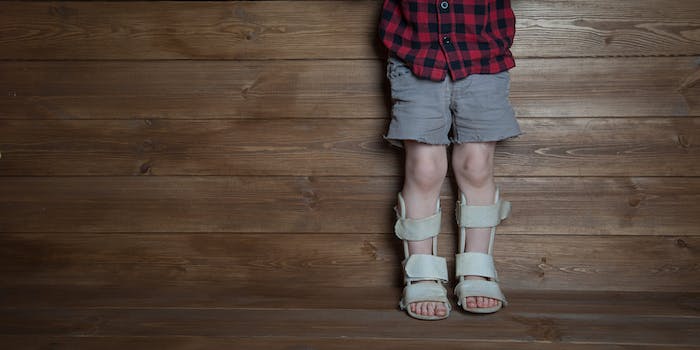 Trumpcare could force states to ‘ration’ healthcare to special-needs children

Critics of the GOP healthcare plan say the AHCA could force states to 'ration healthcare' for millions of children.

Advocacy groups are warning that the cuts set to be instituted under President Donald Trump’s Obamacare repeal plan, the American Healthcare Act (AHCA), will “disproportionately” impact education services and millions of students with disabilities across the country.

Under rules in place since 1988, schools have been able to reimburse medical expenses through Medicaid. This has allowed schools to provide essential benefits and vaccination programs, health checks, and mental health services.

The AHCA, however, is set to defund the Medicaid health program by 25 percent, or $880 billion over the next decade. The cuts will affect both traditional and expanded coverage. Under one of the less talked about provisions of the new healthcare bill, states will not have to consider whether schools are eligible for Medicaid reimbursement.

Since school systems are required under the federal Individuals With Disabilities Education Act (IDEA) to provide certain health services to their students, the new cuts will place incredible strain on school districts.

In late March, the 50 member organizations of the Save Medicaid in the Schools Coalition forwarded a letter to House leaders in a bid to draw attention to this “unintended consequence” of the AHCA that would “compel states to ration healthcare for children.”

The coalition, which includes American Civil Liberties Union and the Disability Rights Education and Defense Fund, cites a 2017 study of how districts spend their Medicaid dollars to illustrate how the AHCA will fall short in helping schools meet the IDEA requirements.

The study found that two-thirds of reimbursed funds are used to employ health and mental health professionals like speech therapists, school psychologists, and social workers. These personnel serve to enhance development and learning, especially for students from low-income families. The rest of the money is often allocated to technology and equipment necessary to allow physically disabled students to engage and learn, such as walkers, wheelchairs, and sight or hearing aids.

Without the necessary Medicaid support, the American children who require these school-based services to succeed in education could be deprived of opportunity.

The rushed push for the bill, however, has become so politicized that these concerns about the needs of society’s most vulnerable citizens appear to have been entirely ignored in contrast, interestingly, with provisions to exempt members of Congress and their staff from the losing out.