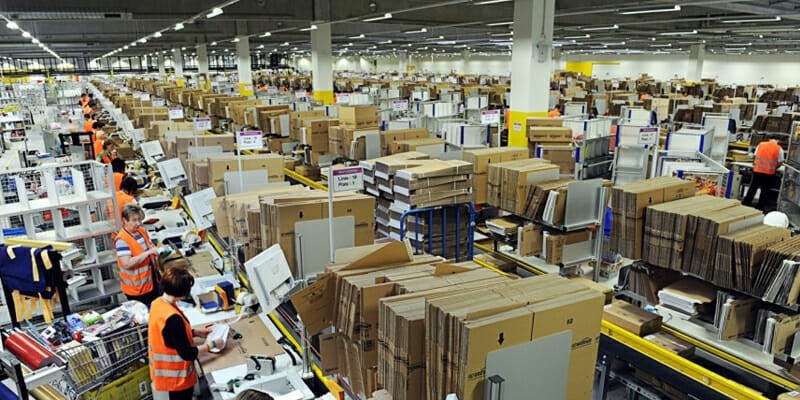 The collapse killed six when a tornado hit.

The lawsuit was filed on behalf of the victims and names four Amazon drivers—Jamarco Hickman, Evan Jensen, Jada Williams, and Deontae Yancey—who survived the warehouse collapse on Dec. 10 as well as Deon January, mother of driver DeAndre Morrow, who was killed, as plaintiffs.

“On Dec. 10, 2021, Mr. Morrow and the other plaintiffs were delivering packages for Amazon out of the company’s Edwardsville, Illinois, fulfillment center,” a press release says. “Amazon was warned by the National Weather Service of possible tornadoes in the area of the warehouse as far as 36 hours ahead of the tragic warehouse collapse.”

The complaint alleges that Amazon did not modify employee schedules or allow employees to take time off until after the storm passed, despite a 36-hour advance warning from the National Weather Service of possible tornadoes in the area. The complaint states that Morrow was asked to work an extra shift on the day of the tornadoes and that he stayed long past his shift.

Three of the other four drivers named in the complaint attempted to leave the facility to seek shelter but were allegedly threatened with termination by Amazon management. Amazon then received tornado warnings, but only warned a portion of the employees and instructed them to retreat to the warehouse restrooms for safety.

“The victims were all located at the warehouse against their will when a tornado hit the building at approximately 8:20 pm,” the release says. “The center’s walls collapsed resulting in numerous injuries and the death of six individuals, including DeAndre Morrow. Mr. Morrow died as a result of his thoracic cavity being crushed by the Amazon walls around him.”

The family of Austin McEwen, another driver killed in the collapse, filed a separate lawsuit against the company in January.

At the time of the McEwen suit, the company defended itself, saying the building was “less than four years old, built in compliance with all applicable building codes, and the local teams were following the weather conditions closely.”

The Occupational Safety and Health Administration is looking into the Edwardsville warehouse collapse, and the House Oversight Committee announced its own investigation earlier this month.